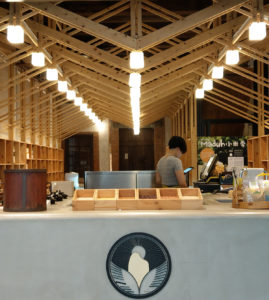 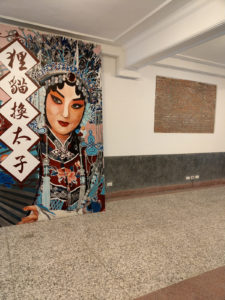 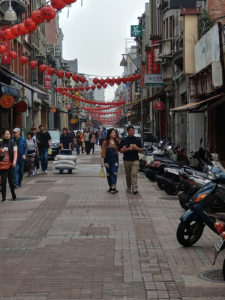 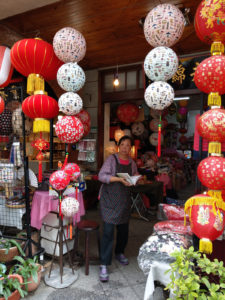 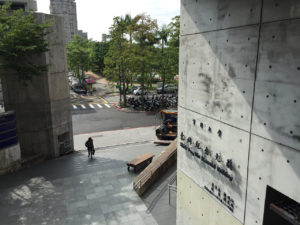 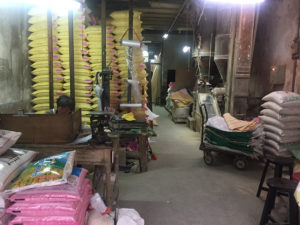 “First there are the utopias. Utopias are sites with no real place. They are sites that have a general relation of direct or inverted analogy with the real space of Society. They present society itself in a perfected form, or else society turned upside down, but in any case these utopias are fundamentally unreal spaces. There are also, probably in every culture, in every civilization, real places — places that do exist and that are formed in the very founding of society—which are something like counter-sites, a kind of effectively enacted utopia in which the real sites, all the other real sites that can be found within the culture, are simultaneously represented, contested, and inverted. Because these places are absolutely different from all the sites that they reflect and speak about, I shall call them, by way of contrast to utopias, heterotopias.”
Michel Foucault, 1967.
“Of Other Spaces: Utopias and Heterotopia” 《Architecture/ Mouvement/Continuite》

This year we will continue the main theme of “strangeness” but, by placing you in the old town of Taipei city Dadaocheng (or “Tua-Tiu-Tiann” in Taiwanese, from now on DDC ), a perplexing place that the French philosopher Foucault would call a “heterotopia,” we hope to bring our preceding “trinity” framework of place/ identity/object to a more dynamic/enigmatic real-world setting for testing. DDC is a very small corner to the west of the Taipei City, but it hides the secret genes of the city’s origin. It’s a place that squeezes the long history of Taiwan into a cultural anatomy that had layers of material objects all juxtaposed in the present, in front, at hand, and you can simply walk in to feel them. It has a strong sense of old, and exotic maybe in the eyes of foreigners, but an “archeology of now” is necessary to dig into its deeper layers and make meaningful connections that make a total impression (/expression, as you are expected to bring out at the end) because it’s indeed the cradle of modernity in Taiwan.

Background
This project is an experiment. It is a project about “strangeness” and the perception of space (urban / rural space) from a specific identity / perspective. It is about cultural and historical identities and how these are expressed in social practices in urban / rural space and through their culture and how the analysis of cultural identities might be used as design resource. You will make observations, discussions of your feelings, and will come up with an analysis and reflection and create a synthesis and so on.

The project presents the opportunity to explore the strong coherence between PLACE, ROLE / IDENTITY and OBJECT, also is devised for you to engage with other students from the “Global Design Initiative” to jointly explore notions of identity, the self, and representative forms of design.

You will explore observations, analysis and will come up with design objects that conveys the unique milieu of the place, exotic at the first sight yet also strangely familiar once get closer.

【HOLY TRINITY IN A HETEROTOPIAS】

Dadaocheng (DDC) was one of a few trading ports (Danshui was the river mouth port but goods offloaded from boats in DDC) and the only one in Taiwan that was opened up to Western trade following the Second Opium War(1856-1860). Before that, there’re only three households of settlers living here in DDC, until a serious fraction fight broken up in 1853 brought expelled fraction here and built their belief center, the Xia-Hai City God Temple. One of the oldest house is still open to public visit. Three years later, opening of the ports redrew the international trade map of the Far Eastern and the losers of fraction fight reverse their destiny from hell to heaven. The booming export trade of tea, fabric, rice, herb, Chinese medicine, dried foods quickly turned DDC into the prosperous center of Taiwan’s material culture. All the major trading companies had offices here and hence the Gui-De Street also called “foreigners’ street.” Even nowadays the wholesale business of these “traditional” goods still prospers as can be experienced vividly with five senses while walking on the main street. Since late nineteenth century, the Ching Dynasty(China) started to “modernize” the infrastructure of Taiwan, gravitating efforts on the old Taipei, as a result, for example, the first operation-able railway in China was located near the North Gate ( Beimen) of DDC.

From 1895 to 1945, Taiwan was under the rule of Japanese colonialism. DDC was a place where the richest Taiwanese gathered and lived and therefore the showcase of modern lifestyle brought influences from the “home-island” of Japan. Almost everything “modern” in Taiwan, Movie Theater, cafe, newspaper, records, modern painting, novelist, music composers, bookstore, post office, light bulb, tap water, trade union, political party… started from here at DDC. Richest Taiwanese built their houses to show their economic power with hybrid styles, mixing Western, Japanese, and Taiwanese architectural elements together, ironically “post-modern collages” ahead of the “modernism” of the Japanese rulers. DDC was also the site of local resistance to Japanese colonialism, in the disguised form of cultural movement, led by a legendary leader Chiang Wei-shui.

After WWII, Taiwan was returned to the nationalist government (KMT) who fled to Taiwan soon after being defeated in the civil war. DDC became the driving economic force for the post war prosperity in Taiwan, over 70% of the listed companies had main office here, and most of them belong to the textile industry. In 1977, a proposal to widen three-folds the main street (from 7.8m to 20m) was revealed and faced strong protests from the cultural preservationists. The disputes continued until 1995. The City Government finally announced this area historic heritage and 77 old houses were luckily kept from being dismantled. That’s why you will see a series of URS (Urban Regeneration Stations) on the DDC central area, which were transferred from private to public and now leased to NGOs for different public uses.

Several waves of new startups by young cultural creators after around 2010 changed the landscape of DDC. The young talents ranging widely from all areas of design to all forms of art performance came here and created a new cultural milieu where the traditional wholesale goods (e.g., fabrics) and performances (Taiwanese operas theaters and puppet theater) were connected and transformed into new forms of design objects or subjects (new media or drama). The old became new again and the new find inspiration from the old. The year 2015 marked the opening of a new era for DDC, a bottom-up cultural movement was ignited by a local alliance of business and artists. The TTTIFA event was held in October of that year to celebrate the founding of the Taiwanese Cultural Association (by Chiang Wei-shui) in the 1920s. It shows vividly how the hybrid space of DDC (mixing tradition with modern, modern with postmodern, colonial with independent, secular business with sacred belief, the west with the east, the Chinese with the Japanese, the international with the local, the public with the private) as a real existing “heterotopia” had given momentums for new culture scenes to emerge out of the bursting young hearts of artists, designers, and entrepreneurs.

“TTTIFA’s main theme is the spirit of “Kyousou (狂騷) Twenties,” the Japanese translation of the “Roaring Twenties,” the phrase coined in the West to describe flourishing economic times and cultural innovations, embodied in the Art Deco movement and emergence of jazz music during the 1920s. “Kyousou” literally means “madness” and “disturbance,” but we like to interpret this word as “creativity.” As the spirit of the “Roaring Twenties” tapped into a reactionary energy to challenge traditional norms and spark social change, we look forward to what will emerge during the 2020s.”

Today, as 2020 draws near, we hope to make Tua-Tiu-Tiann the center of yet another cultural movement that makes a lasting impact on Taiwan and the rest of the world. We look forward to nurturing a new generation of artists, with Tua- Tiu-Tiann serving as a place for new ideas and a portal to a rich history. The identity of these cultural creators comes from the place and through the objects (Yes, exactly our Holy Trinity!). The idea behind the movement is simply to bring everything that happened in the 1920s right here in DDC “to life again” through their re-creative hands. New arts salute to the old arts, new objects recalls the spirits of the old objects, and the new Taiwanese identity (therefore “DDC” has to be called “TTT”) revitalizes the old identity that stands against the colonial rules. Their confidence is intuitive because to them these “olds” are never far remote in history but here and now right in front.

A place too familiar would not arouse us any interest to explore the differences; on the other hand, a place too strange to us would not allow any meaningful comparisons either. If you walk on the exotic streets of DDC and realize the place somehow “strangely familiar,” it’s no surprise. The “Deja vu” is not an illusion, once you enter a place of “heterotopia” like DDC, because this is where the modern turned old into an “objectified” tradition (like in the Weimar Republic of Germany or the Taisho Democracy 大正デモクラシー of Japan).