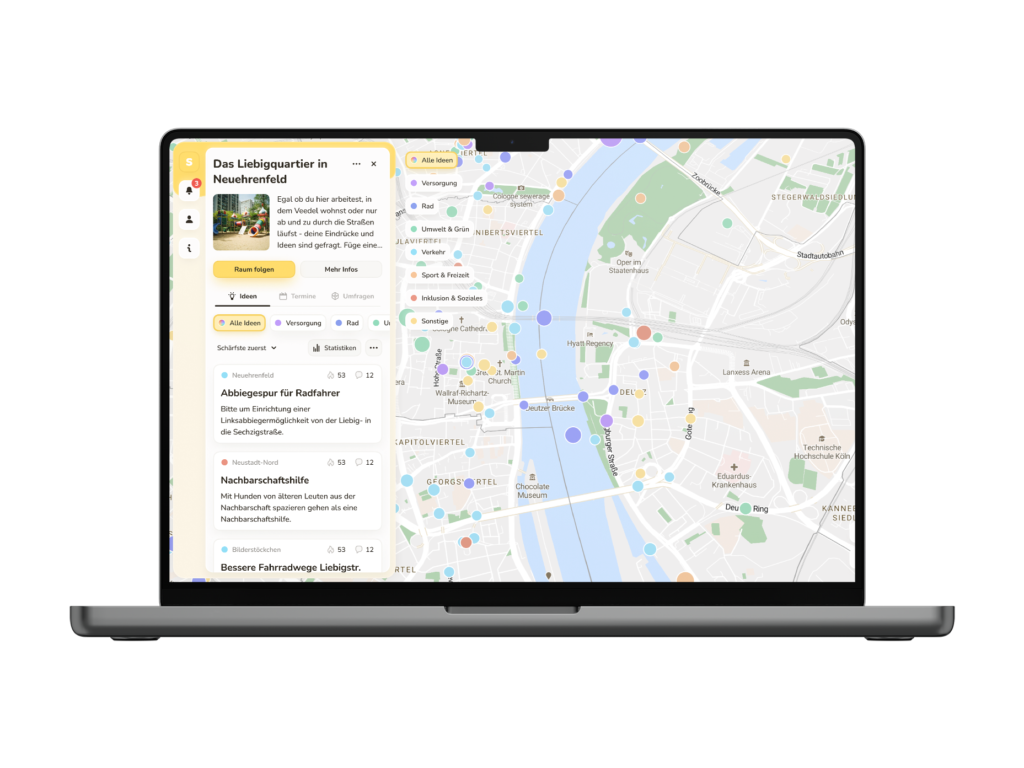 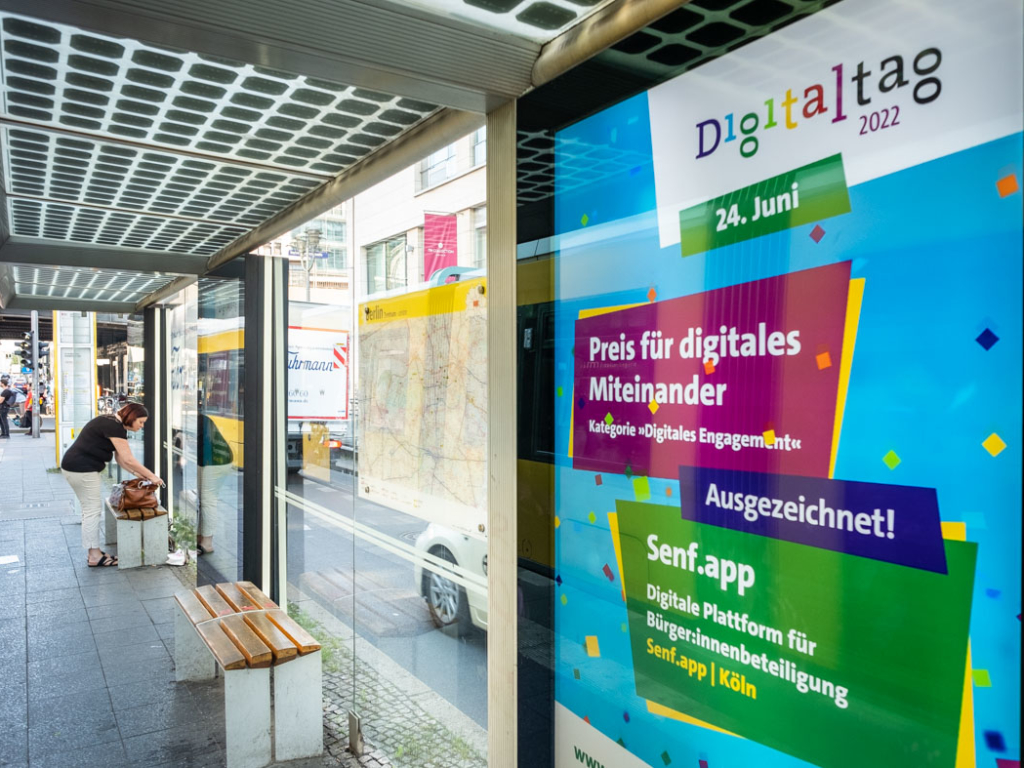 Senf.app was developed as part of Tassilo Morino’s bachelor’s thesis at KISD and was further developed together with an interdisciplinary team. The platform has now been awarded the prize for digital togetherness by the Federal Minister of the Interior, Nancy Faeser, at this year’s Digitaltag.

The idea of developing new forms of citizen participation with the help of digital tools arose within a project at the Cologne International School of Design. The goal is to contribute to a demand-oriented development of cities and municipalities. The focus on a digital participation platform arose from the frustration about the lack of low-threshold, comprehensible and contemporary participation possibilities in urban planning. The aim is to contribute to a lively and constructive exchange between citizens, the administration and active organisations that is equally accessible to all. It is based on the conviction that citizens have a fundamental right to participate in the shaping of their living space, but that there is a lack of opportunities to express needs and to get involved on their own initiative or in a project-related way. The map-based web app enables all people to share their wishes and ideas for urban development and design, i.e. to “put in their two cents”. Through the approval and comment functions, a constructive and transparent exchange of ideas and needs takes place. In virtual project spaces, ideas can be worked out and concrete projects can be developed in a targeted manner according to location and topic.

On the occasion of the 3rd German Digital Day, 1 overall winner was chosen from a total of 250 digital projects presented in 2 categories. The top-class jury awarded the digital platform for citizen participation, Senf.app, the first prize of €10,000 in the Digital Engagement category. The jury was made up of high-ranking politicians: Ministers Lisa Paus and Judith Gerlach, ministry staff Zarah Bruhn and Dr Markus Richter; representatives of the church and active society: Ina Remmers, Petra Bentkämper, Prof. Dr Heinrich Bedford-Strohm, Carsten Knop and Raul Krauthausen; and experts from the digital world: Dr Julia Freudenberg and Achim Berg. The digital platform for citizen participation Senf.app, the most groundbreaking project for 2022, was jointly determined nationwide.

Under the name Senf.koeln, the interactive format has already attracted considerable attention in Cologne, where the ideas and suggestions of all fellow citizens are recorded, visualised and already processed with applications to the city administration. Now the platform is launching its first projects in other German cities under the name Senf.app, because it is not only in Cologne that citizens should be able to give their input on urban development in a simple and attractive way. The potential lies in all projects that involve participation.