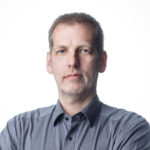 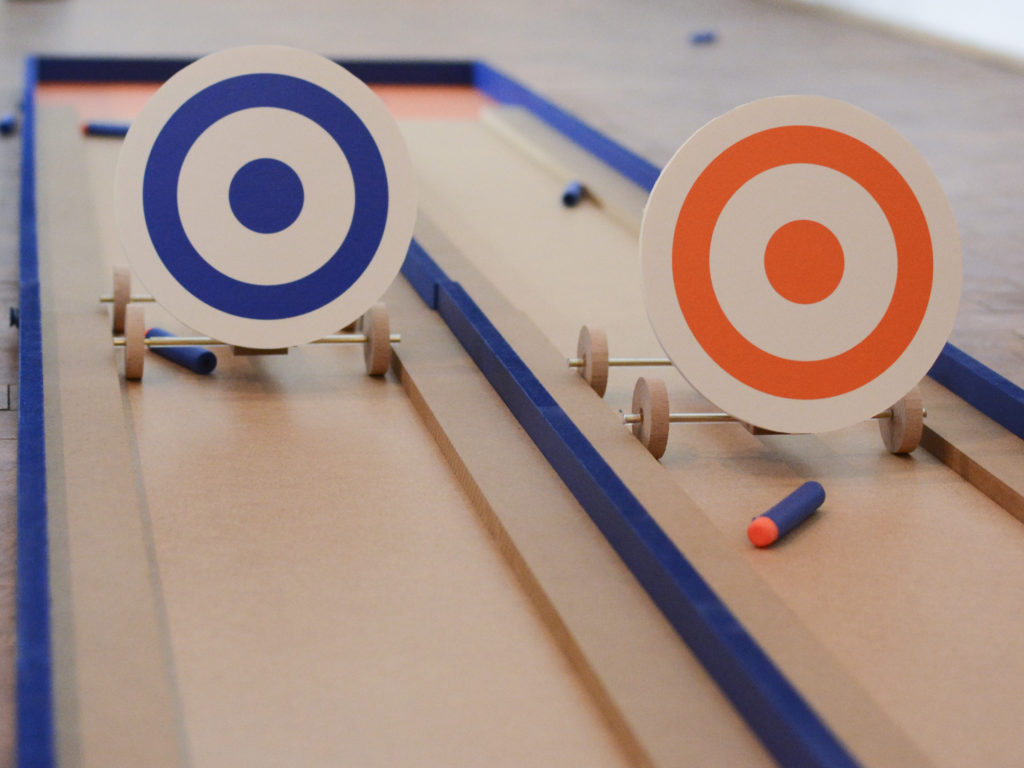 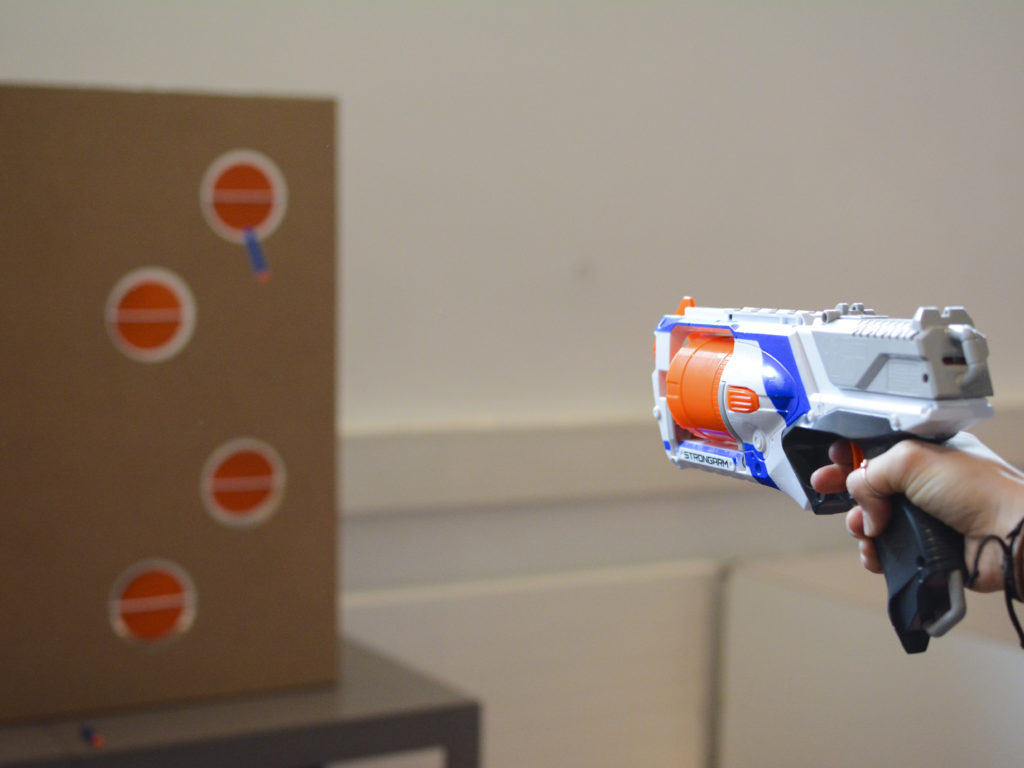 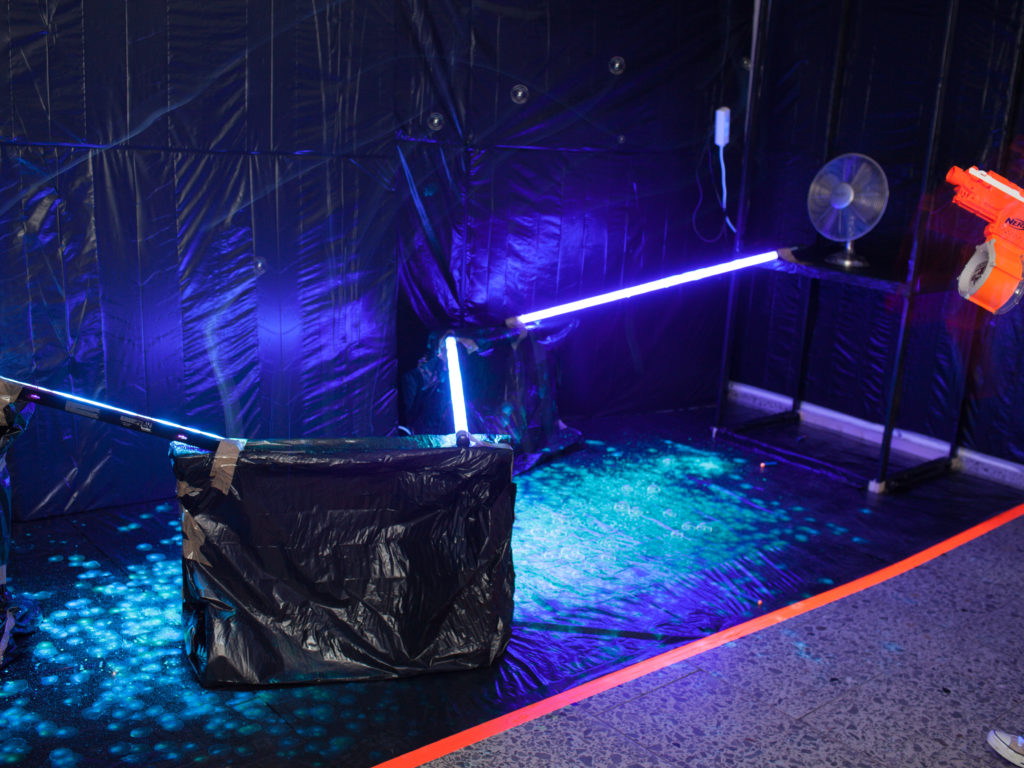 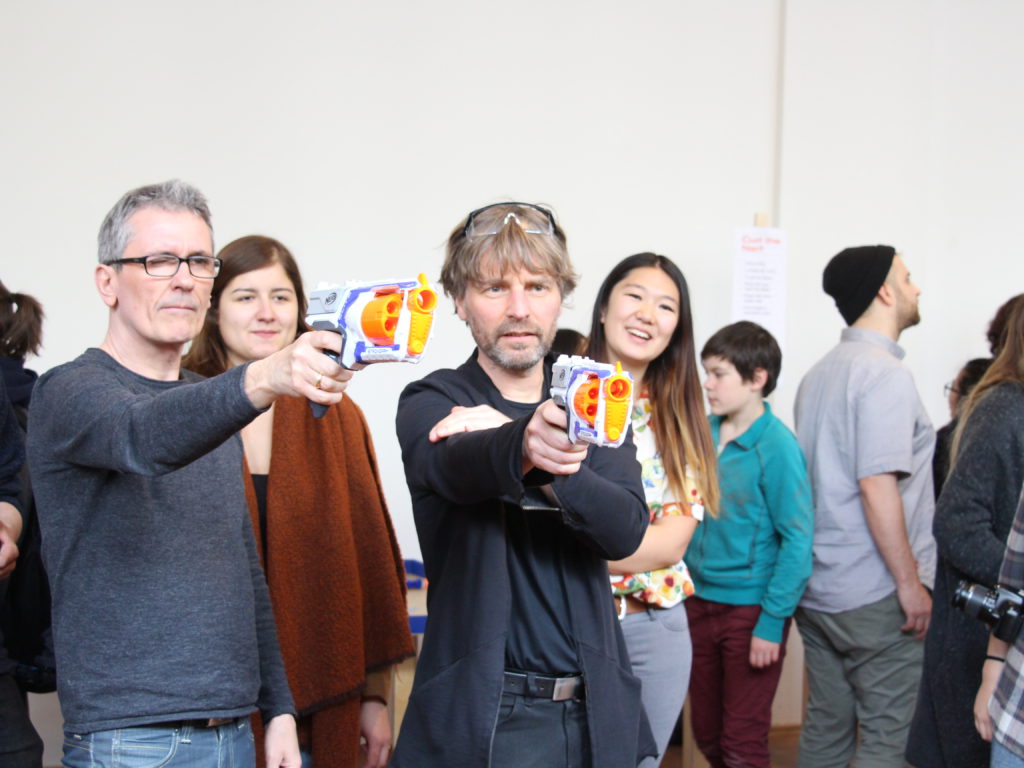 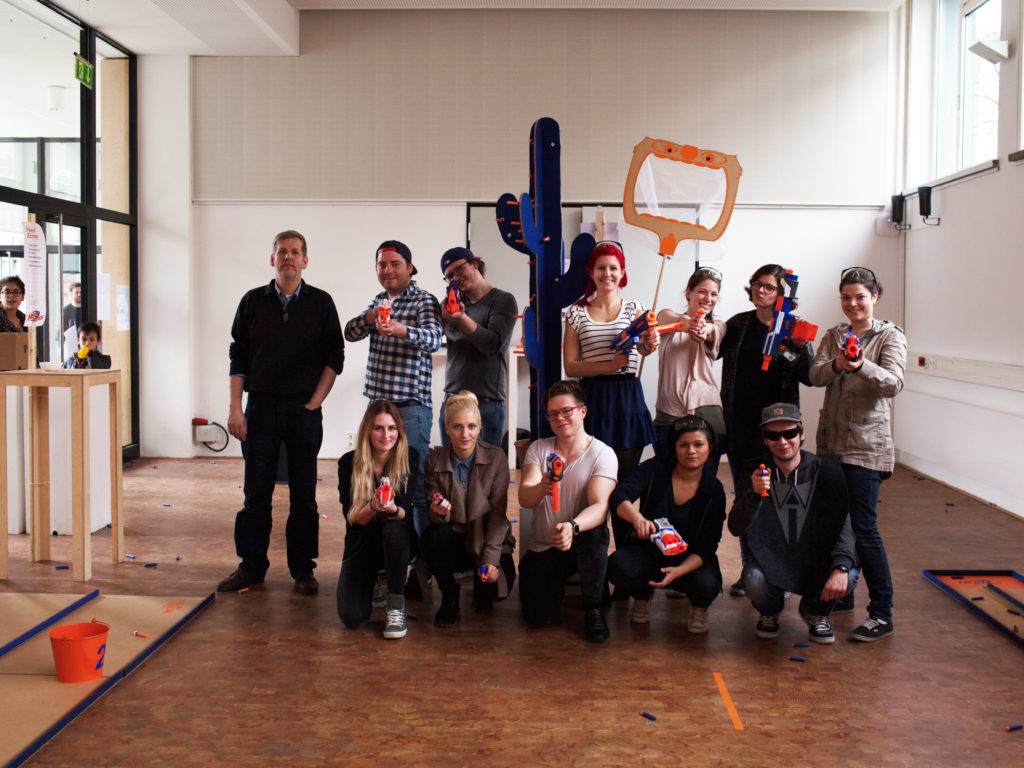 »Nerf Blasters« are toys for children, shooting with completely harmless foam darts. They come in bright colours and are famous for being very inaccurate. The basic idea for the project »Nerf Nerds« came from the fact, that most people like the challenge to shoot »somewhat« with »something«, but due a completely understandable discomfort on »playing with guns« don't like the idea of a toy gun. The question was: is there a possibility to have fun with a shooting toy, without shooting on people, and without connections to »real« guns or warfare?

The project goal was to find new and interesting ways of using those blasters, creating a different kind of games and game principles. Initially I was afraid that this might be one of those »mostly male« projects, but I was surprised to learn that actually more female students took part. In preparation for the project I started several months previously to buy many different Nerf Blasters, so I had the chance to benefit from offers and sales. With a huge box full of Blasters and many, many foam darts we started to explore the toys, to analyse their functions and to experiment with several possibilities – which seemed to be a huge fun for the students, many of them never used a Nerf before.

One of the challenges during the project turned out to be the fact that there was a little misunderstanding. The students had to learn that a funny or joyful subject nonetheless can (and should) be treated completely serious, the design process is not different from any other »normal« topic. Luckily, we identified this challenge and came back to serious analysis and designer’s work.

In the course of the project the students worked together very well as a team and came to an agreement on a mutual product language concerning material, colours and lettering.

On presentation day, a huge room was filled with several new games which could be tested and tried by the visitors. Some of the games required teamwork between two people without an opponent, some principles were One-on-One, we had a field game for two teams, and we had a classic point-and-shoot on specific targets.

The player had the challenge to push balloons into the field of another team (they tried the same); to manoeuvre plastic cups into a landing zone similar to Curling; to place darts into buckets using a wall as reflector; to power a little cart over a certain distance with rapid firing; to catch darts with a huge butterfly net (»Feed the beast!«) and many more.

Most of the games worked out nicely, several could be brought to the market immediately, and some need a little additional developing time. Considering the fact, that this was a two-week project, the outcome is without question more than satisfying.