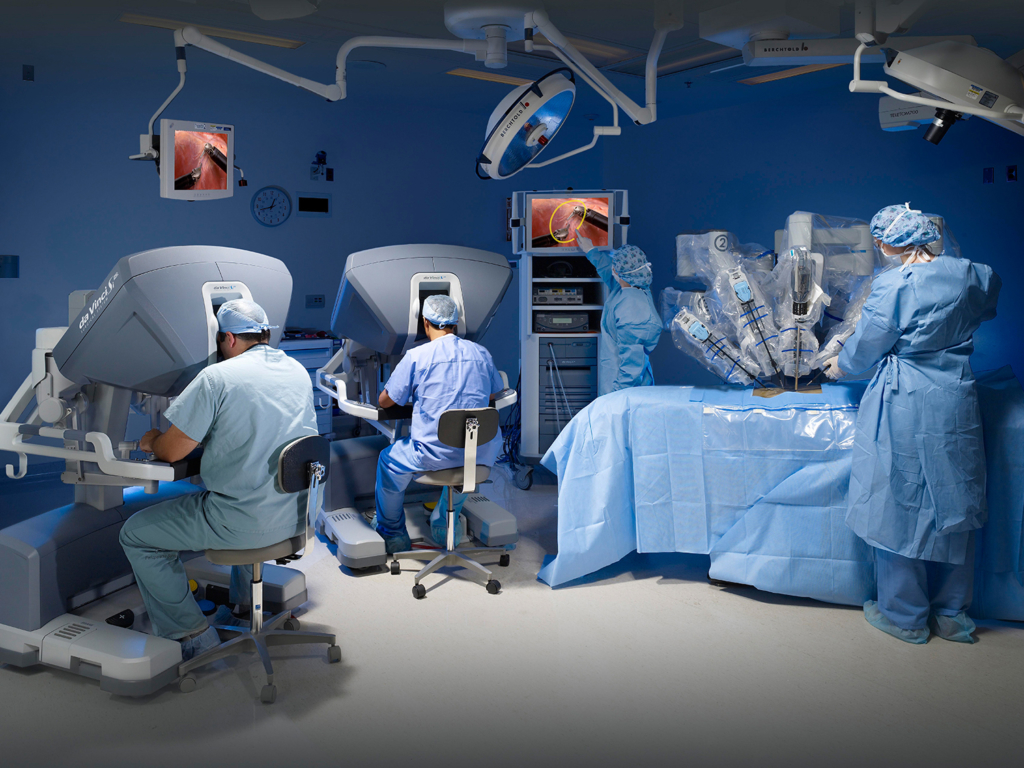 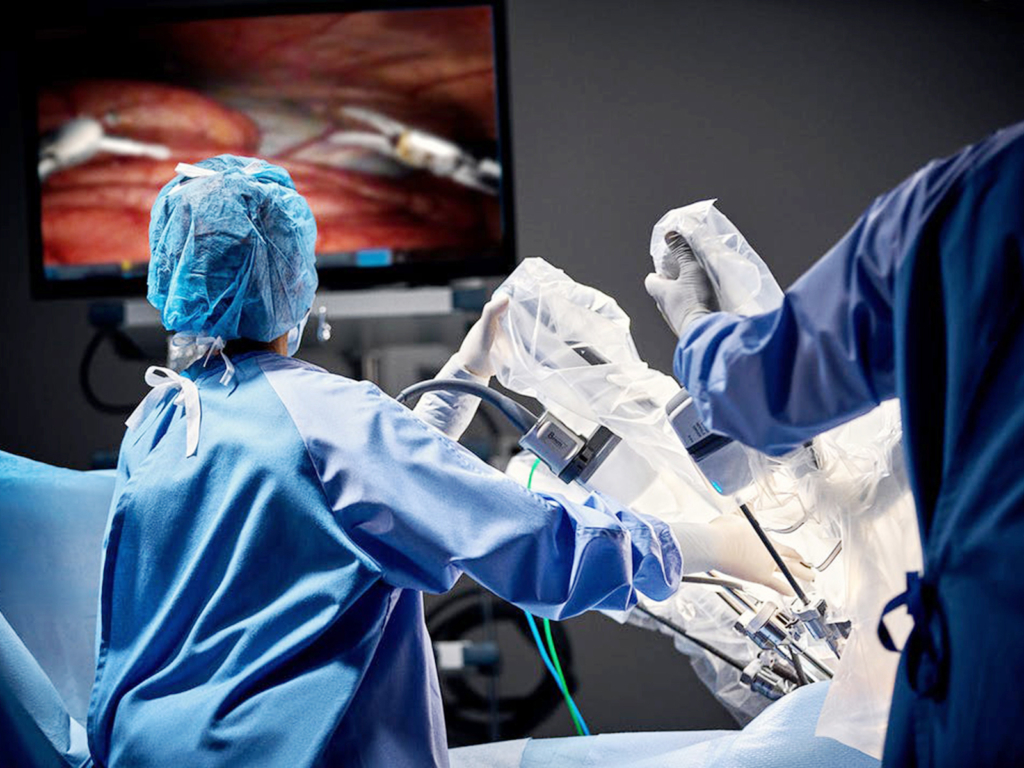 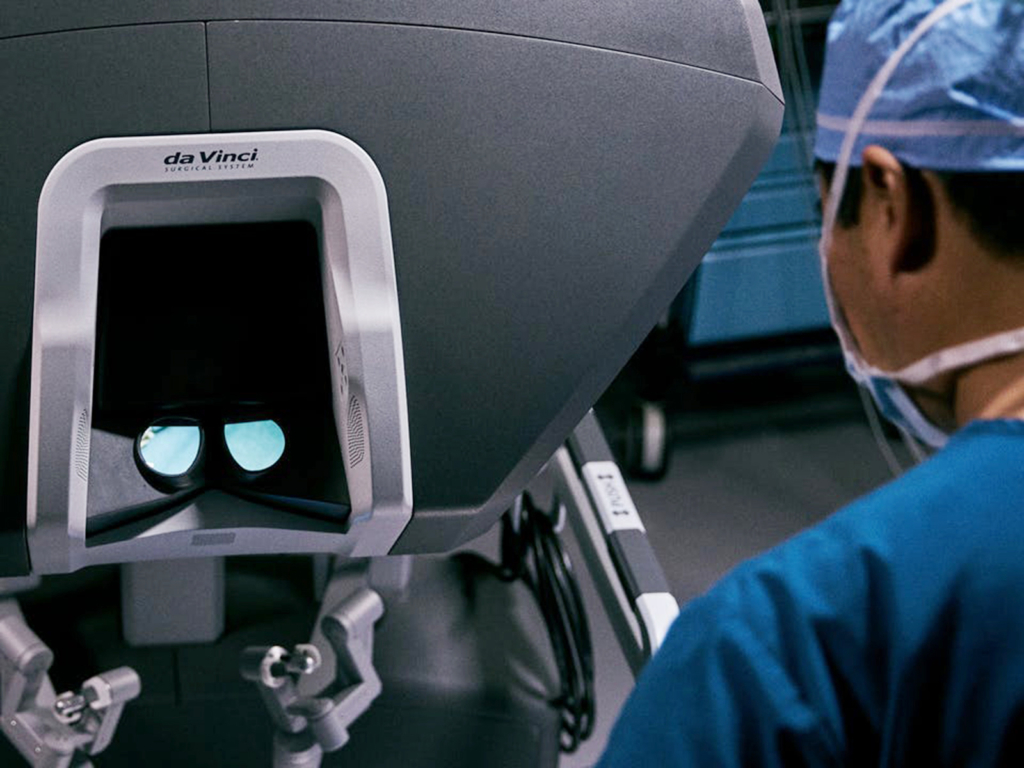 In a joint interdisciplinary project of Cologne University Hospital and KISD – Köln International School of Design of TH Köln, Juliane Ahn in the area of expertise “Design Theory and Research” investigates the interplay of image, space, and action of robot-assisted surgery and develops design-specific perspectives on the relationship between design and medical science.

Minimally invasive surgery confronts surgeons with an increasing complex action structure of technological equipment, imaging techniques, mechanical processes, and human interactions. These entanglements seem to become even closer when it comes to the use of surgical robot assistants such as the surgery method of Da Vinci® invented by the company Intuitive Surgical.

The robot Da Vinci® was originally developed for the American military in order to medicate wounded soldiers from a safe space. Since 1998, and in particular in the USA, the Da-Vinci-System® is utilized in operating rooms. Today, also Cologne University Hospital is a user of that system.

The Da-Vinci-Robot is a modular system whose components are distributed around the surgery room. The system’s assignment is to assist the surgeon in the context of minimally invasive surgery. The structure and the spatial settings of the different components result in an altered devision of roles and tasks among the surgical staff. The surgeon treats the patient by using the robot system averted from the patient through a control panel which captures the manual movements and transfers them to the endoscopic instruments in the surgical area via digital signal transmission.

Whereas medical studies try to verify the benefit of the Da-Vinci-System®, questions on both the image-space structure and on the action field between the system and the surgery’s participants are to a great extent left aside. How the surgeon’s perception during the system’s usage is structured, how the system spurs the surgeon’s actions, and which senses, apart from the visual sense, are triggered, has not been the subject of studies and inquiries yet.

The joint interdisciplinary project of Cologne University Hospital and KISD – Köln International School of Design of TH Köln now is willing to detect the short- and long-term effects of that operational system and to unveil the conditions and possibilities of that complex man-machine interaction.

Juliane Ahn’s BA Thesis in the area of expertise “Design Theory and Research” finds design-scientific and creative answers to these questions. It detects the short- and long-term effects of that operational system and unveils the conditions and possibilities of that complex man-machine interaction.