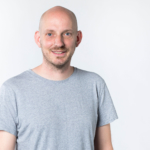 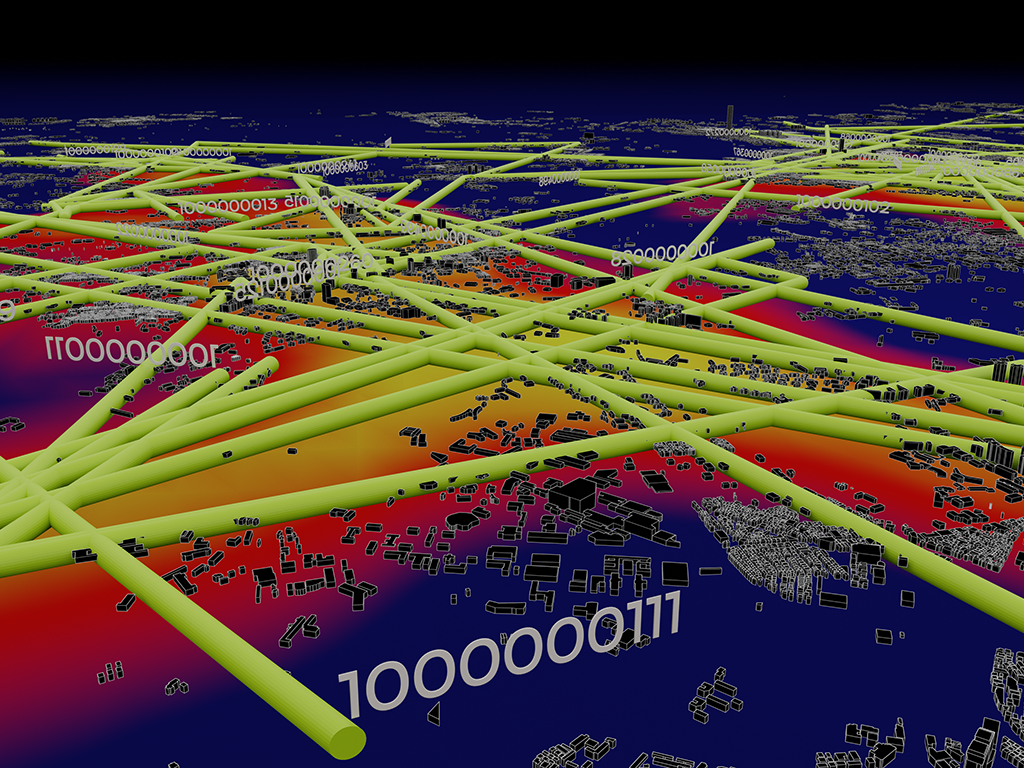 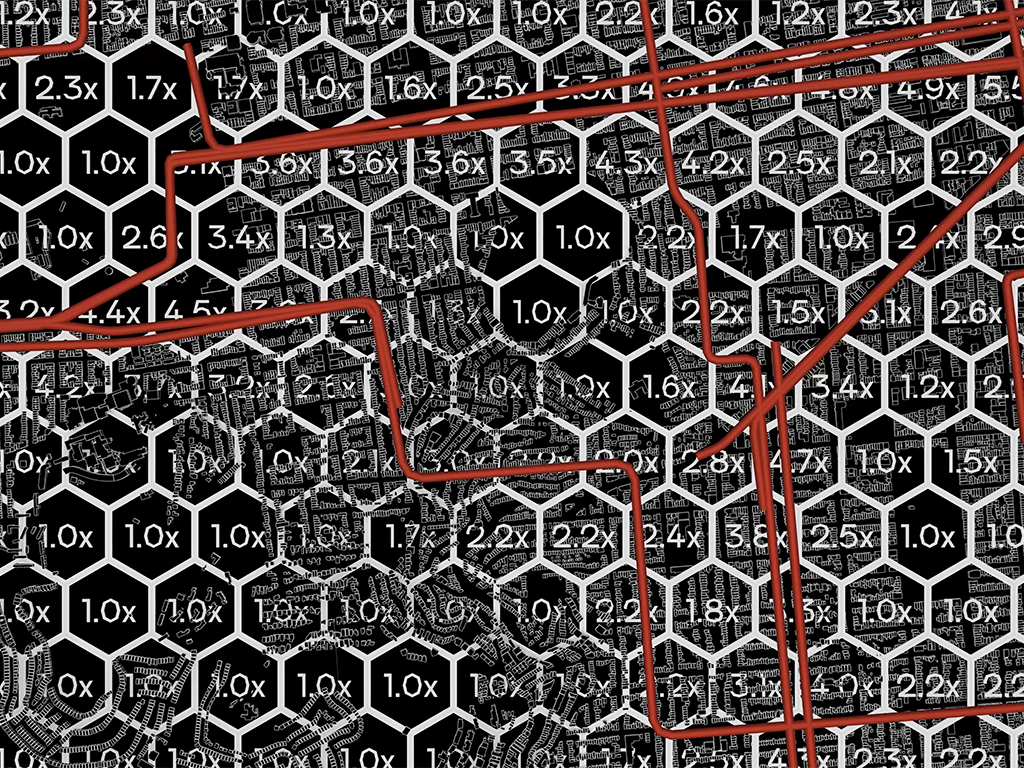 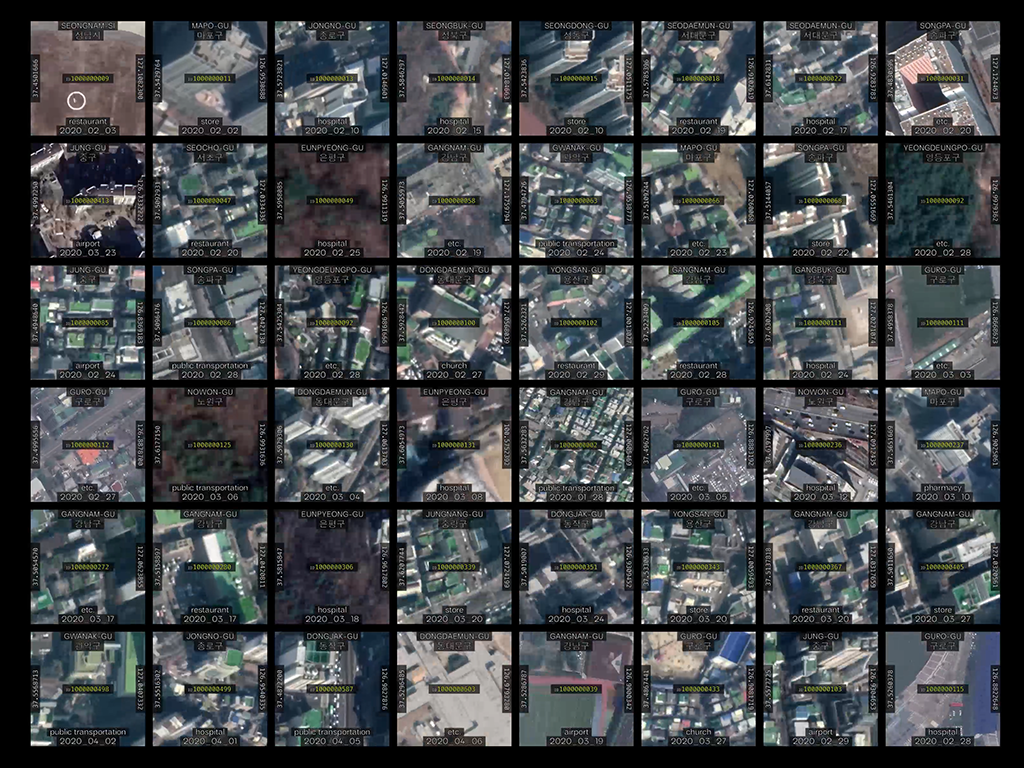 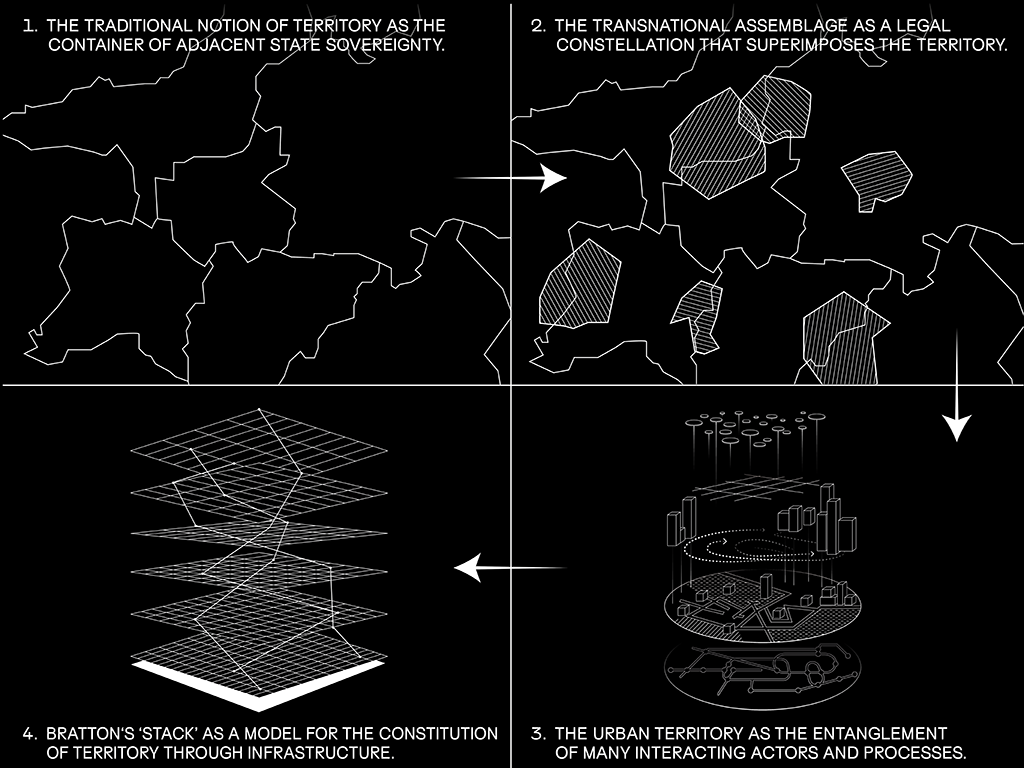 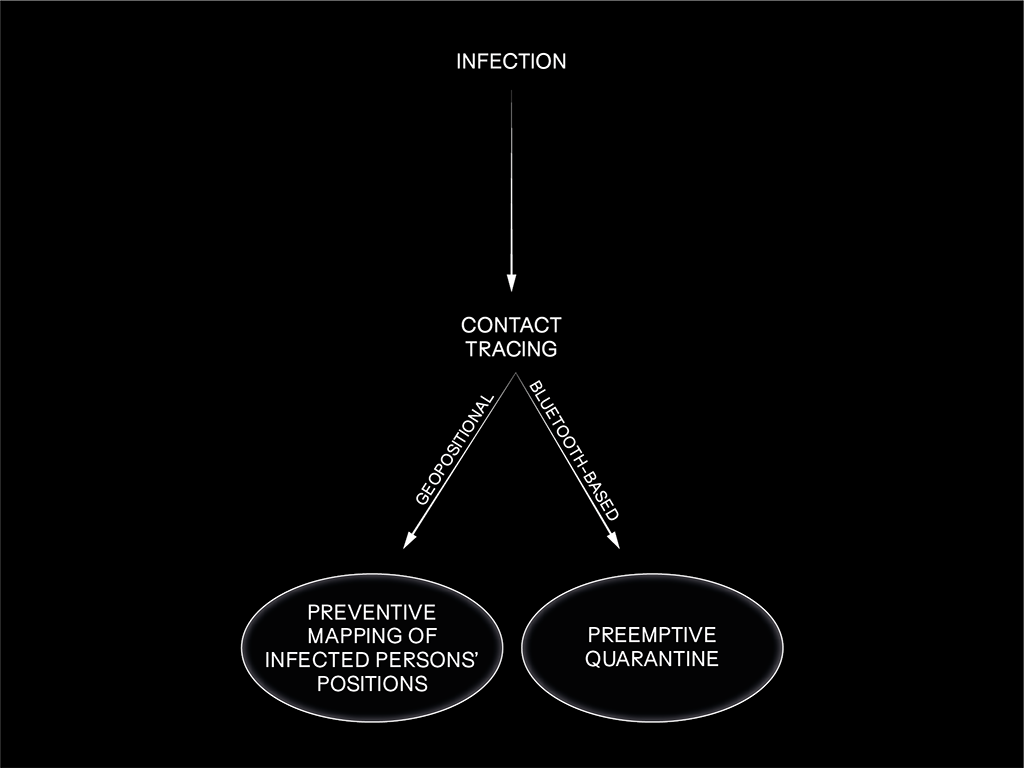 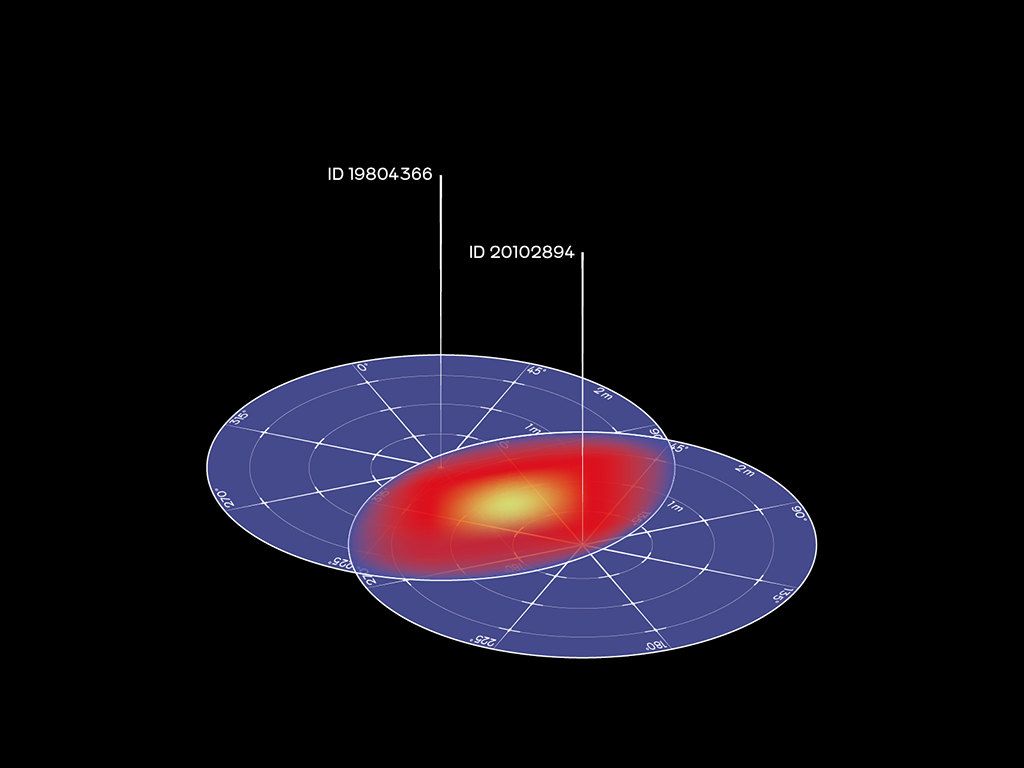 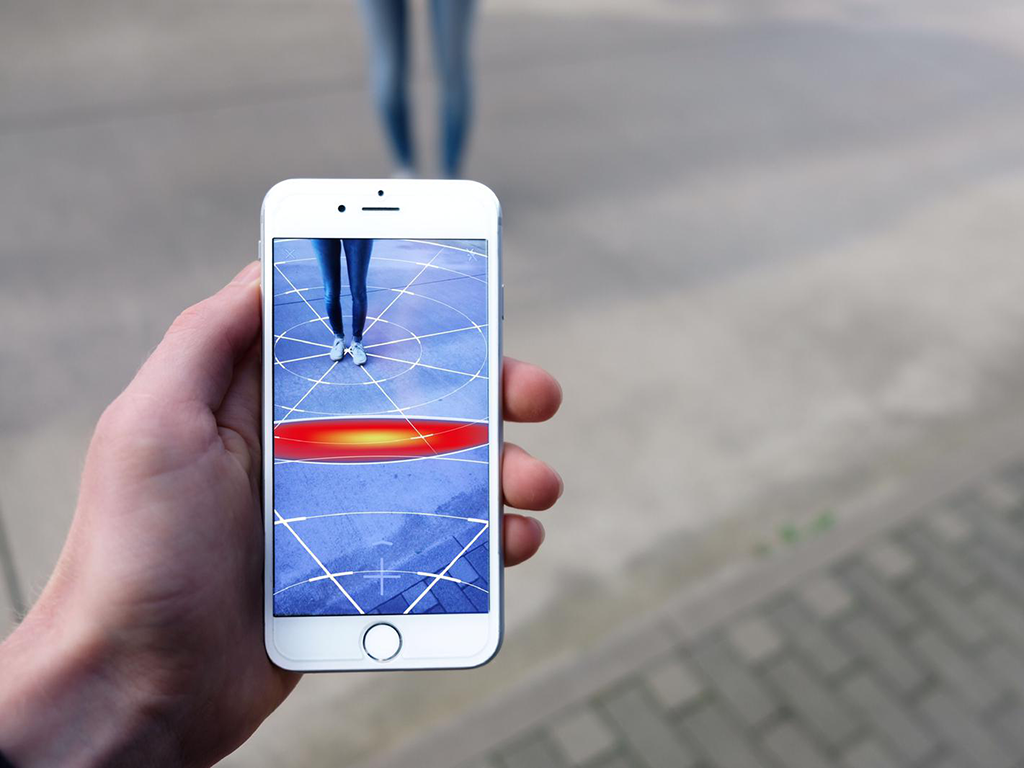 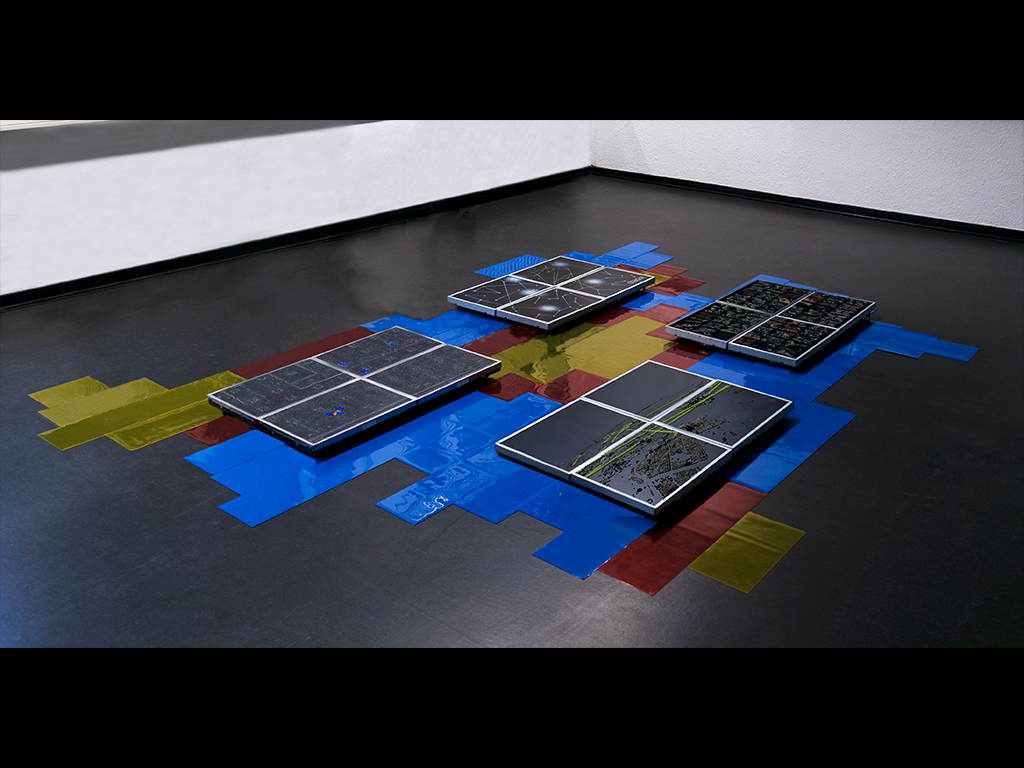 In his final thesis »Epidemic Geographies: From Infographics to Cartography« Finn Steffens, graduate of the BA Integrated Design, examines both existing and speculative cartographic approaches for the current covid-19 pandemic. Two contrasting video works discuss its implications of a legal and social reorganization of urban space.

This final bachelor thesis in the area of expertise »Design Theory and Research« is a reaction to the global pandemic situation of covid-19, dominating media reports, public life, and private experience in the quarantine society in the last months. Yet it is also a test, a quite personal one. To focus on current conditions and events allows to shift the perspective from familiar contexts to unknown environments. It allows to ask how it is possible to analyze and comment on a situation that seems to change on a daily basis. How to produce knowledge, how to conceive viable frames of reference for orientation in times of change? In two parts, the study investigates how the current covid-19 pandemic leads to a reorganization of urban space. By comparing two models of contact tracing, the geoposition-based and the Bluetooth-based approach, different cartographic representations of the spread of the virus are examined for their spatial implications.

In the pandemic, many states are striving to scale up their efficiency of tracing points of contact between infected and non-infected persons by using mobile end-user applications. This general approach of contact tracing via the citizens’ smartphones already proved to be successful for South Korea which in consequence could relax the lockdown months earlier than most other countries. There, GPS and CCTV data was superimposed to retrace the individuals’ geographical positions, publicly mapping their routes in national epidemic cartographies. The final thesis Epidemic Geographies first examines how this geopositional contact tracing approach contributes to a preventive containment of the pandemic.

For this purpose, the public data of the South Korean authorities was visualized in a two-channel video work. It shows that these cartographies of infected persons imply a division of the city into more and less infected areas. With reference to contemporary urban research, it is argued that the pandemic thus contributes to a dynamic division of the city into ever smaller ›urban territories‹. If this phenomenon is currently discussed primarily in relation to economic actors of the platform economy, such as Uber or AirBnB, it becomes clear that the pandemic brings about a very related legal reorganization of urban space, for example, in that individual streets have individual legal situations of curfews and compulsory wearing of masks.

In the second part the thesis turns to the Bluetooth-based contact tracing, as it is used e.g. in Germany. There not the position of the individual is recorded, but its relation to other people using the app. While the South Korean model facilitates contact prevention by publicly mapping infected persons’ positions, the Bluetooth-based approach dispenses with cartographic ambitions and thus also with preventive measures. However, the thesis argues that cartographic concepts can equally be made productive, also for those non-geographical spaces which then also allow for a proactive and preventive approach to contain the pandemic. In a speculative Augmented Reality application such a relational epidemic cartography was developed which could hypothetically be part of the »Corona Warning App«.

Yet to actually draw those maps is not only to be done for conceiving productive measures for confining the spread of the virus; it is also a means to put this very approach up to debate, to question, and to criticize it. In this sense, this cartographic concept is to be understood by the methodology of speculative design that seeks its strength particularly in the ambiguity between productivity and questionability: The map itself does not say in which direction it leans. Thus, the aim of this work is not to pass judgment about those cartographic ambitions but to provoke debate both about methods of pandemic mitigation and cartographic representation.

In an installative exhibition, two video works contrast the implications of both approaches to contact tracing. Visitors can test the Bluetooth-based cartography as an AR application on their smartphones and thus experience and evaluate its social implications for themselves.

The work was part of the »Integrated Interactions Lab« as a project of the Digital Learning Transfer Fellowship program funded by the Stifterverband and the Reinhardt-Frank Foundation.