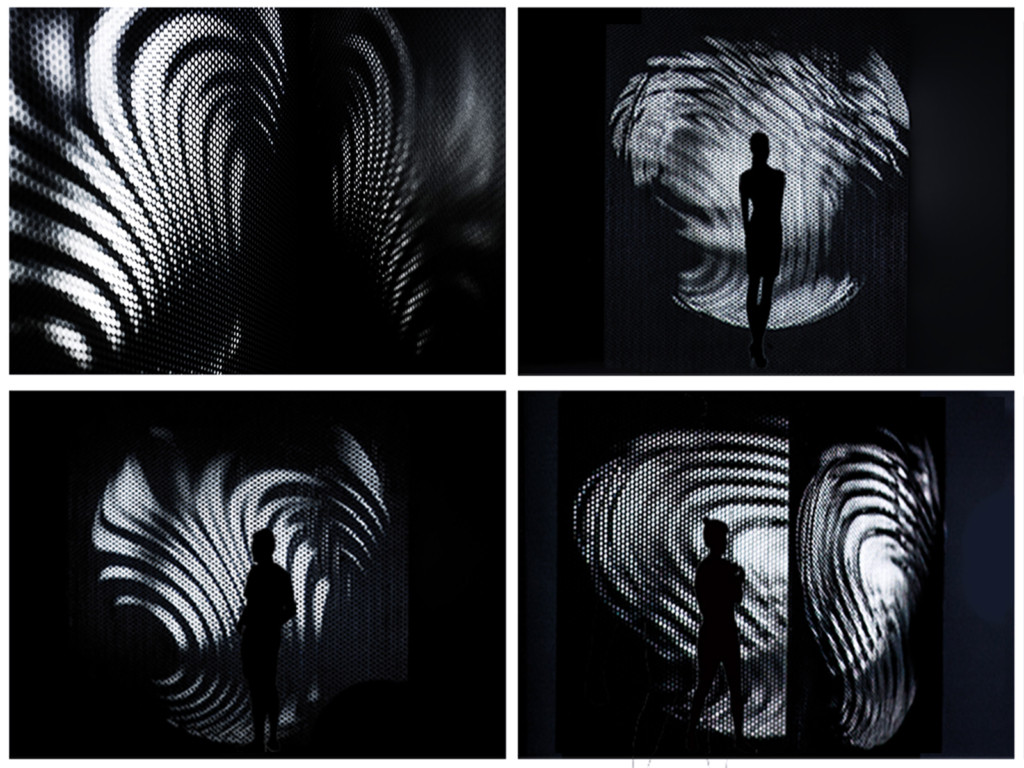 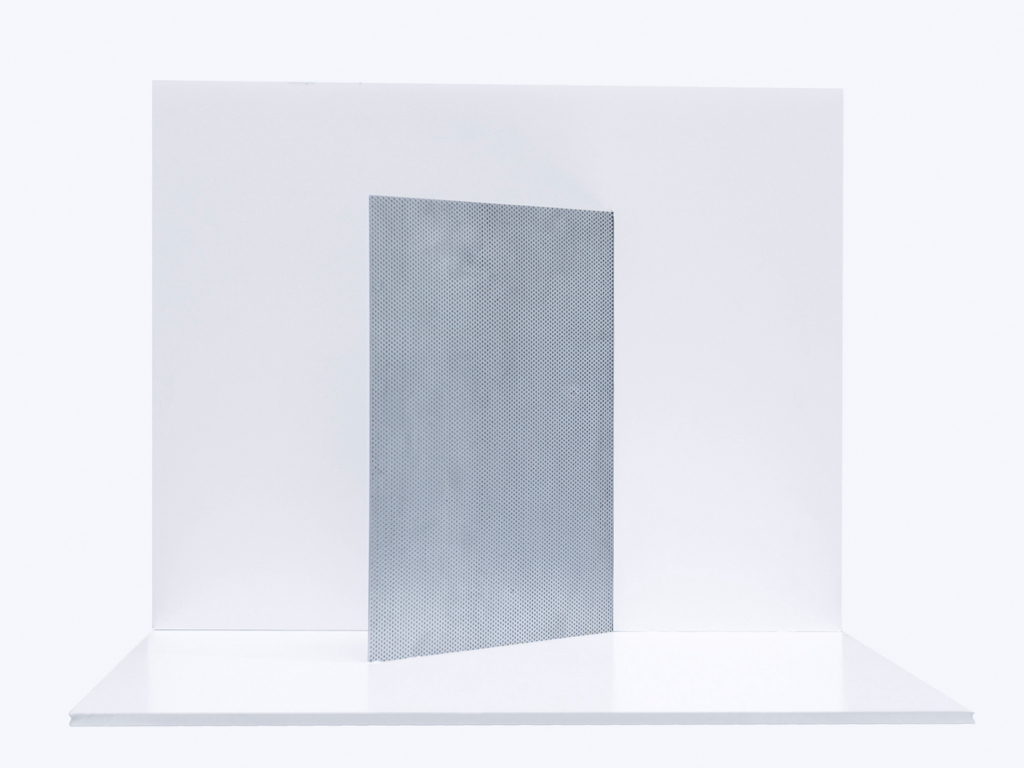 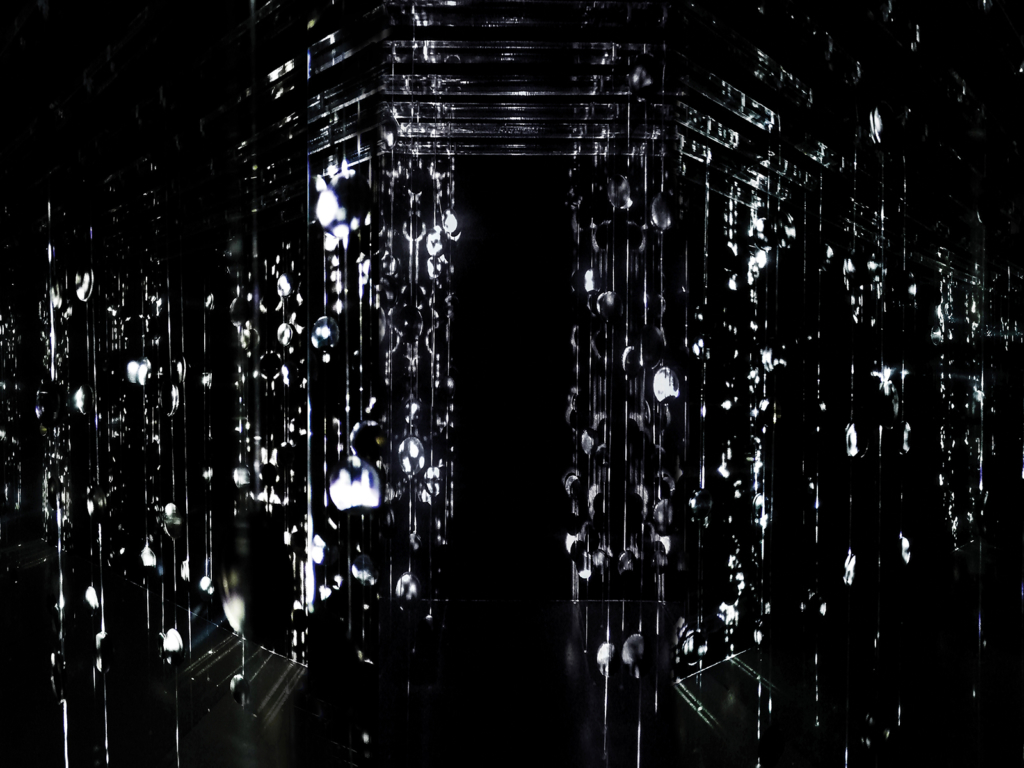 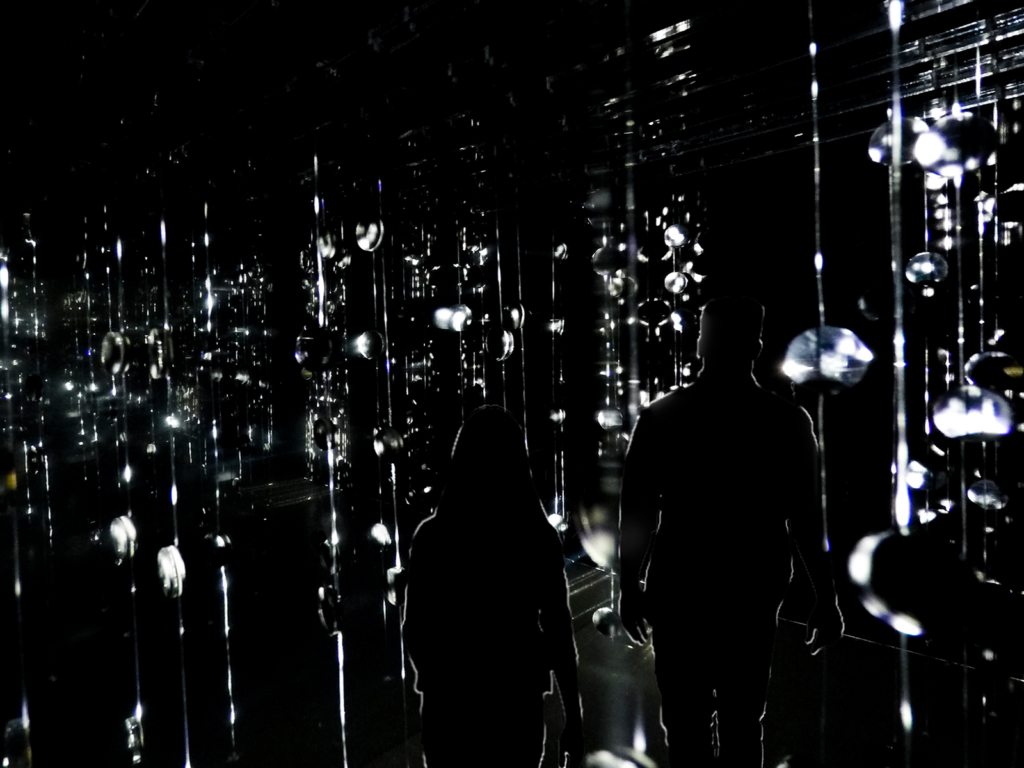 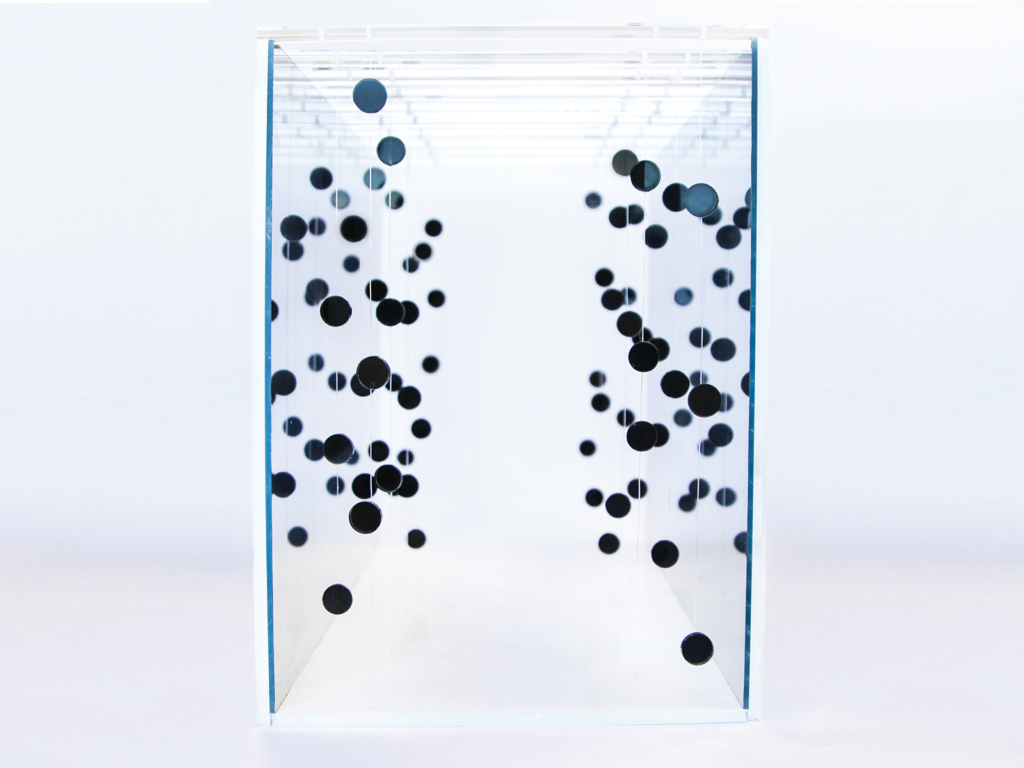 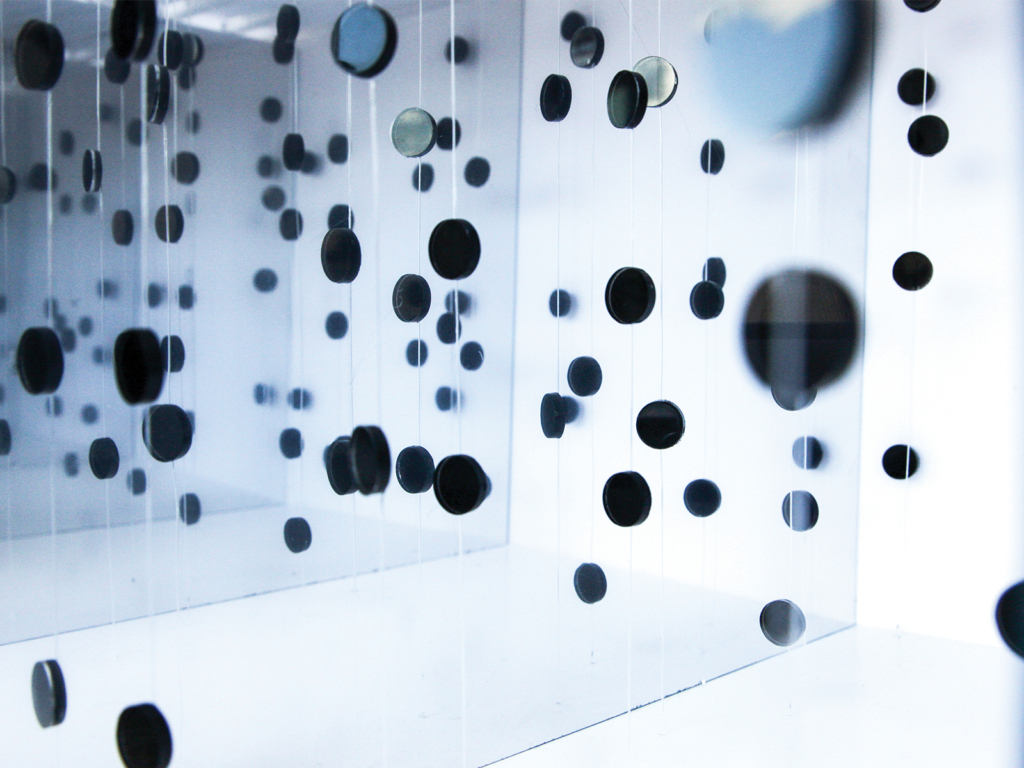 In a six-month research project for her intermediate exam, KISD student Ashley Morgan dealt with the exploration of the (intricate) relationship of human experience and designed space and media/light analyzed through time and space in projected video/light installations.

The only time and space we can be sure of is the “now” and the perception of our world through the five senses we have. Spaces can be designed together with media and light in order to influence our perception and transport us to a completely new realm. This intrigued and inspired Ashley to research this topic for her intermediate exam.

The focus was on the relationship between a constructed space, its perception to the visitor, and how a visitor experiences the space. This included visual storytelling, spatial design or staged space and the phenomenological effects of the combination of the two (experience), as well as the several layers of space and time found in media/light installations. After researching, three topics based on time were conceptualized and visualized into media and spatial constructions. These models combined the constructed elements (digital and analog) and were filmed from a visitor’s perspective in order to test if the “experience” lined up with what Ashley aimed to design.

The two topics Ashley wants to highlight are “Déjà vu” and “Time as a Social Construct”. Déjà vu is a glitch in our perception of time and space, therefore the visuals were designed to be confusing, yet give a feeling of familiarity. In the video, the use of overlay and time delay create a disassociation with the original sphere – similar to a Déjà vu experience. Another characteristic of Déjà vu is that one experience is perceived in our minds as several experiences, therefore the constructed space dissects one projection onto multiple surfaces.

The second topic was inspired by the fact that human perception of time is based on which society we grow up or live in. This is also referred to as a social construct and therefore an illusion (simply compare how different the cultures of Japan and Spain perceive time). The particles of light caught on the strings and circles, represent our limited perspective of time and the mirrors on the sides reinforce the idea that time is nothing more than an illusion.

Ashley Morgan says: “In order to have a well-rounded outcome, it was a challenge to look at things from several perspectives: as a designer, as an architect, as a visitor, and as a researcher. This project taught me about the tools of light/projected media and space from a designer’s perspective, as well as some psychology behind crafting a visitor’s experience. Creating the models allowed me to test my ideas before committing to a full-sized installation. This was beneficial because after creating and filming, I could reevaluate the impact and fine-tune things, in case I were to create them full-size.“

The printed documentation and two videos on the project can be found here:
https://issuu.com/ashleymorgan/docs/you_had_to_be_there