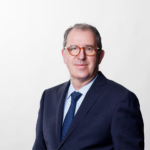 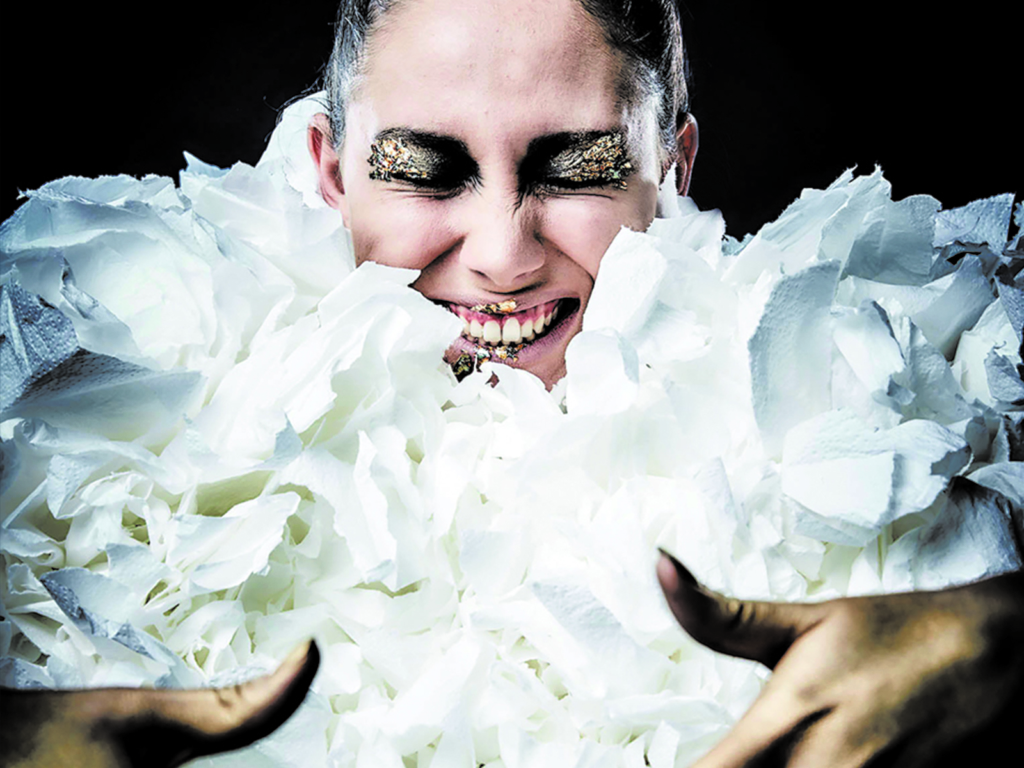 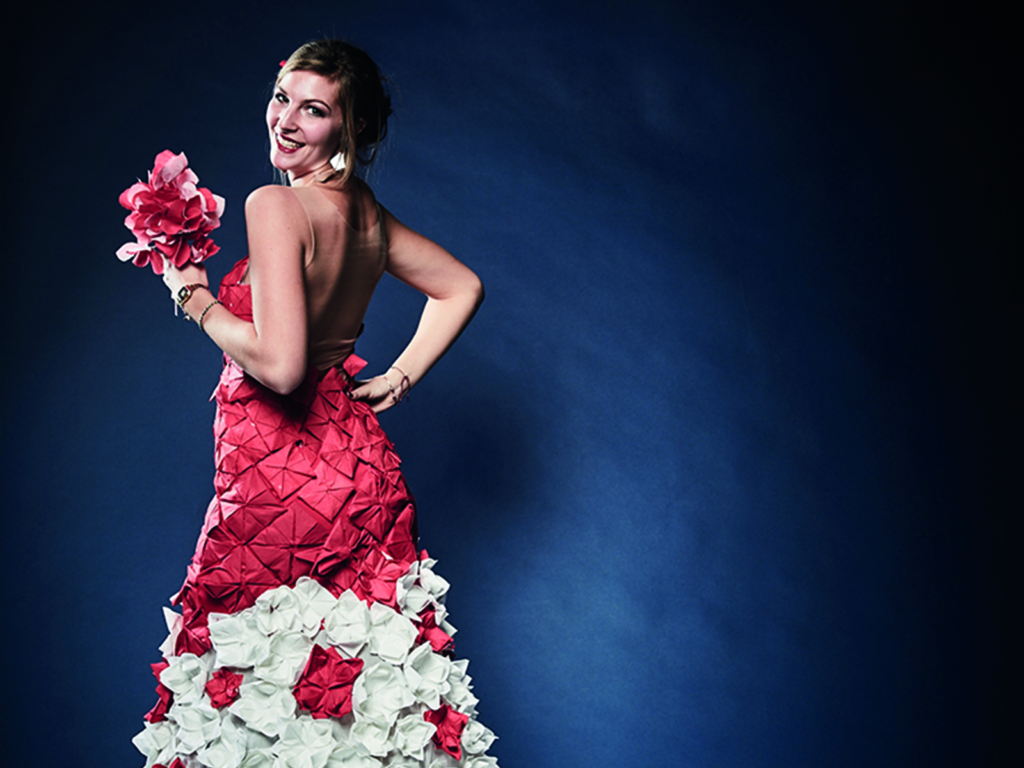 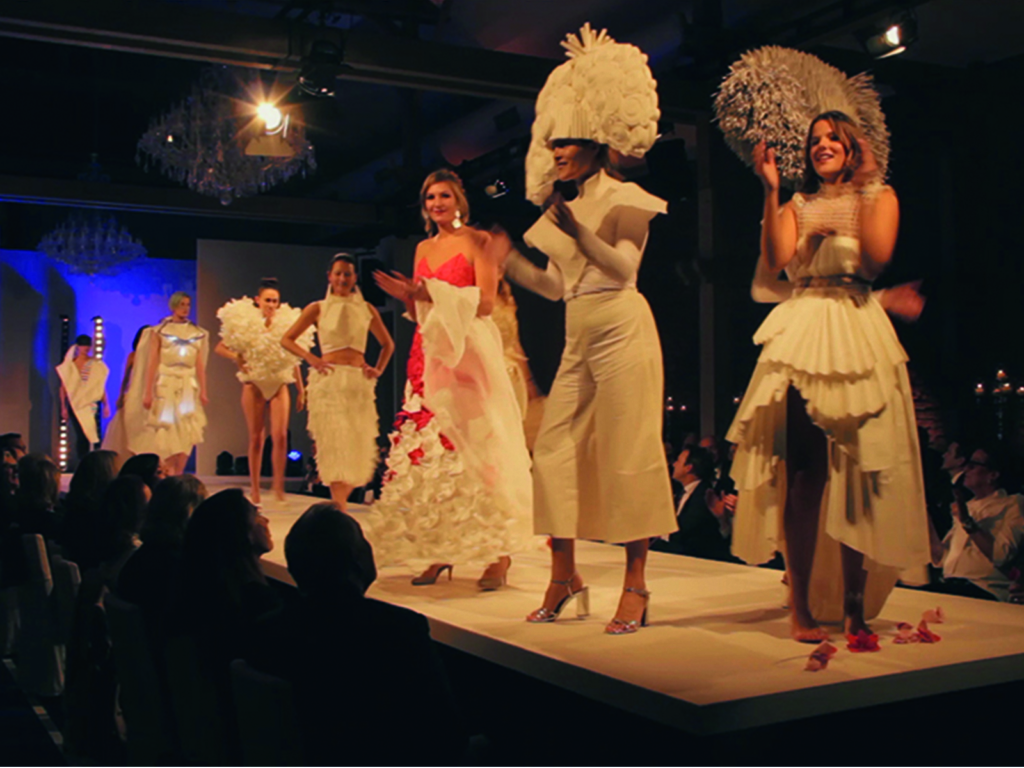 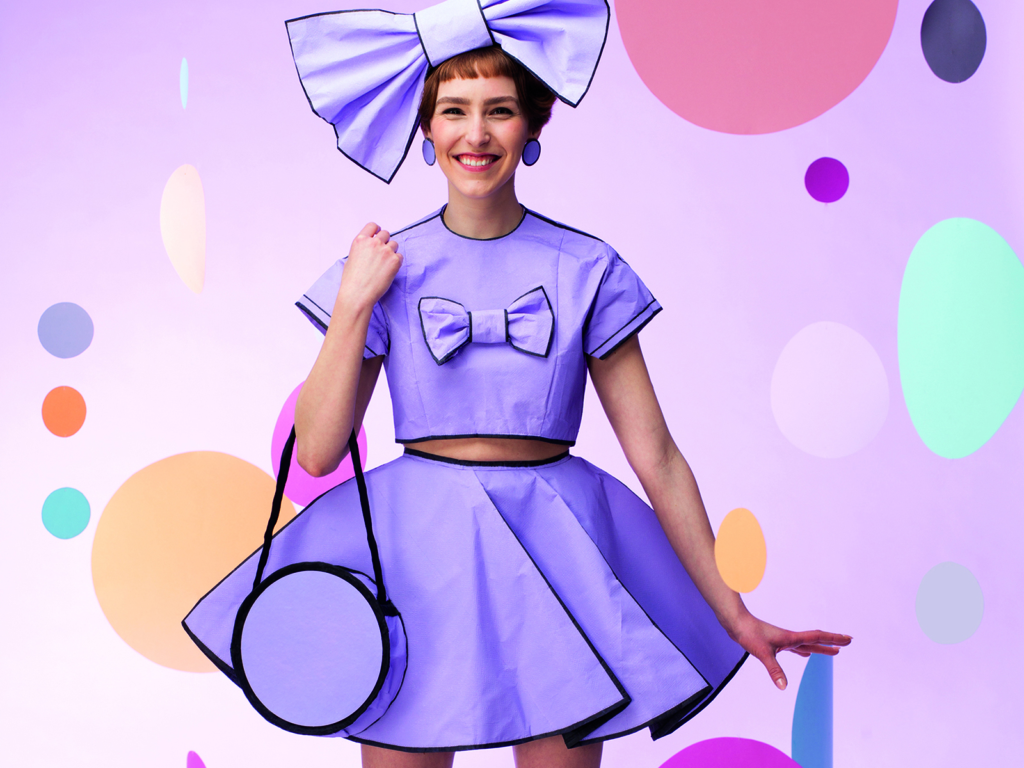 n the context of the cooperation with the company Balloni, KISD in late fall 2016 received a kind of desperate call for help. For an anniversary ceremony of the paper factory WEPA – a so-called hidden champion – there had a fashion show to be staged at which clothes and costumes, made of paper of WEPA, were to be shown.

Though fashion is not an area of expertise at KISD, this opportunity was so challenging to be done that we agreed on this project. The request for participants, put on the online platform KISDspaces, received great feedback from over 20 students. Ambitious projects like these are very popular at KISD. For some fashion expertise to be involved, we could persuade wardrobe mistress and costume designer Alide Büld, known for being part of the costume team of German TV series “Lindenstrasse” and working for the theaters of Mannheim, Krefeld and Cologne, to act as project lecturer and project assistant.
At a first meeting with WEPA in the city of Augsburg, we quickly became aware of the project’s dimensions since 10 to 15 costumes had to be designed and presented. It was thrilling, though, to see the wide range of paper formats that WEPA produced. One week later, a truck arrived from the city of Arnsberg filled with paper rolls, cardboard, soft paper, kitchen paper, napkins in all kinds and variations for its cargo to be discharged. The schedule was tight, there were only four weeks left until the final show.

And then it started: creations of kitchen paper were put on dress forms, cardboard was turned into Brussels lace through a laser cutter, red paper napkins were folded into rosebuds and stuck onto paper hoop skirts. The project grew, grew, and grew. The challenge was also that there are only rarely templates for paper costumes. As it is typical for KISD, the project was rather a “learning by doing” effort. The clients had been very skeptical at our first meeting. However, they turned more and more optimistic at later meetings.

Finally, it was fashion show time. Over 20 KISD students traveled in a “tour bus” to the city of Hamm, the anniversary event venue. In a tent in front of the event hall, all activities could be seen that fashion shows are accompanied by during their preparations: make-up, styling, finish, try on, fix, sew, rehearse.
In the evening, it finally came to the final show with the curtain opening. 14 costumes were shown and presented in a self-composed and -choreographed show that was often tested in advance.
The pictures now show a little selection of the models. And it can be observed that students, besides the traditional means to design fashion, also used modern technologies, and also wonderfully brought emotions into play.
The fashion show was the evening’s highlight with a lot of applause by the audience. As it is often the case, it could be proven that KISD students are being able of mastering great challenges. This, among other characteristics, is a special feature of our students to be and to act as good designers.