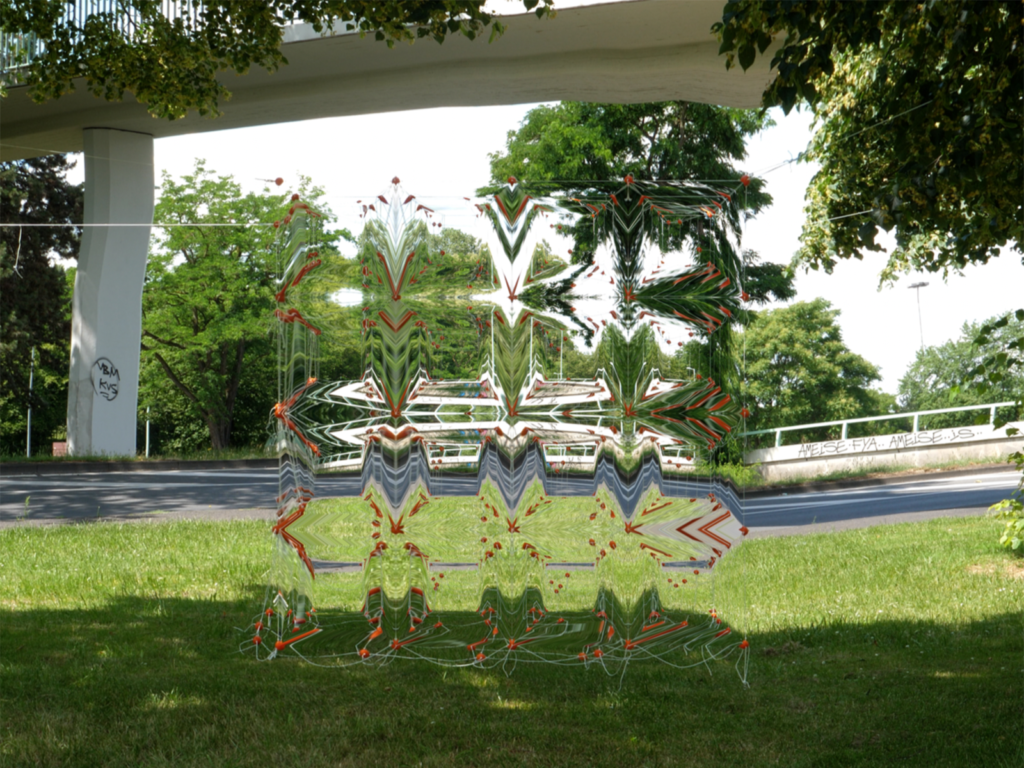 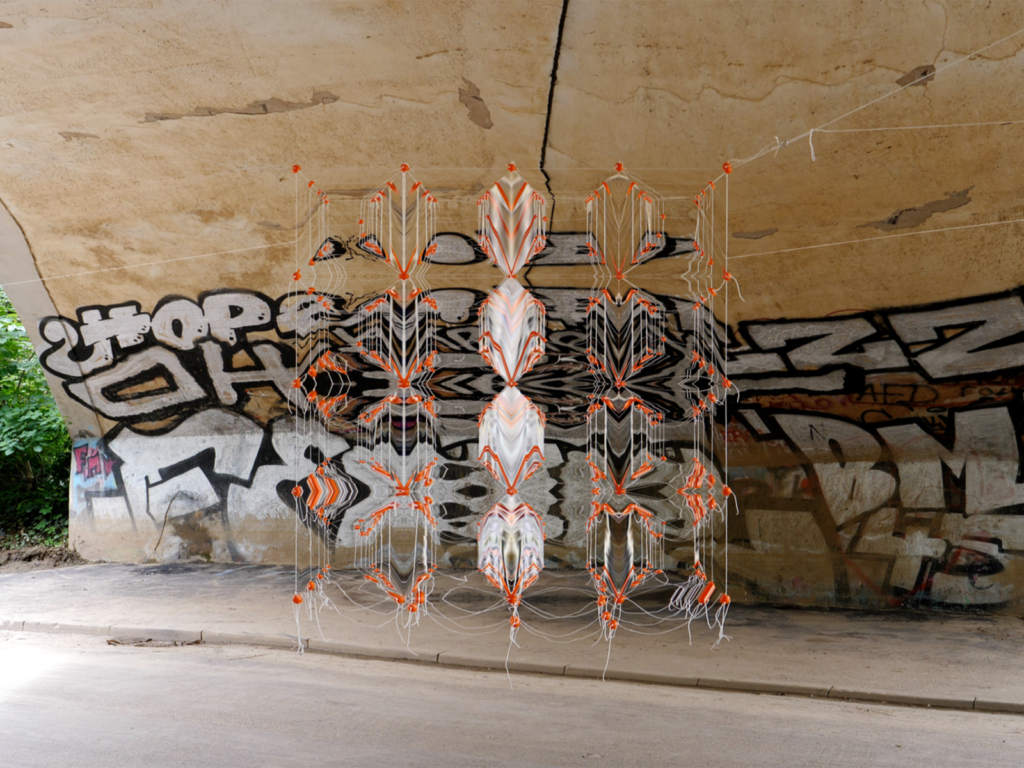 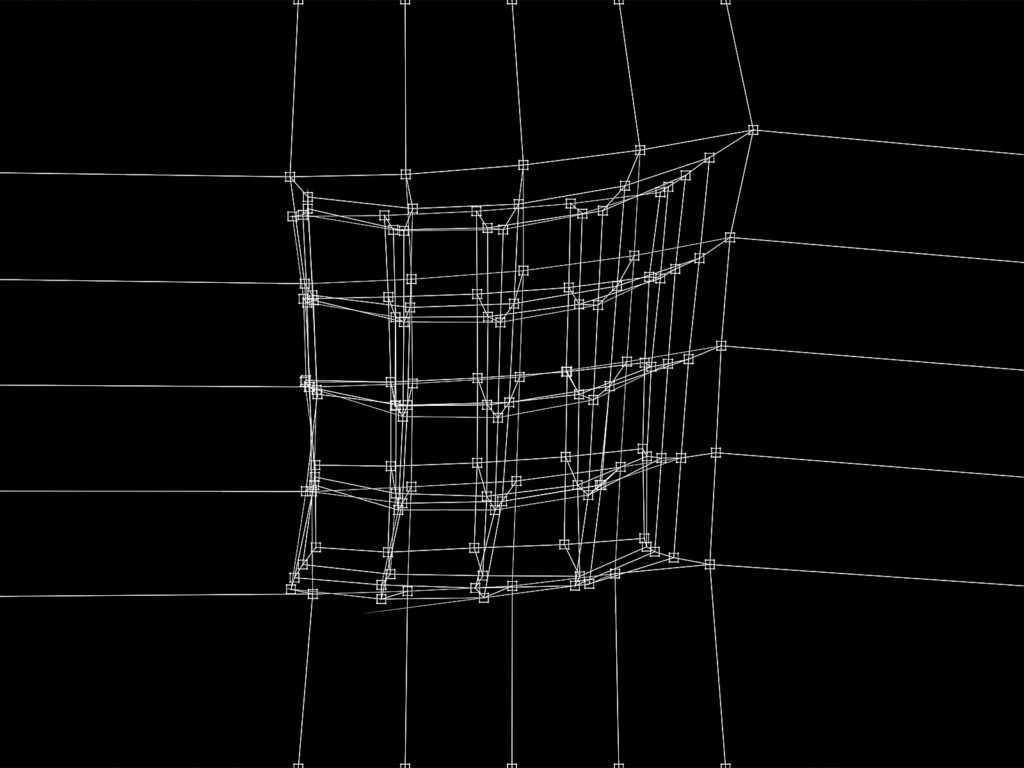 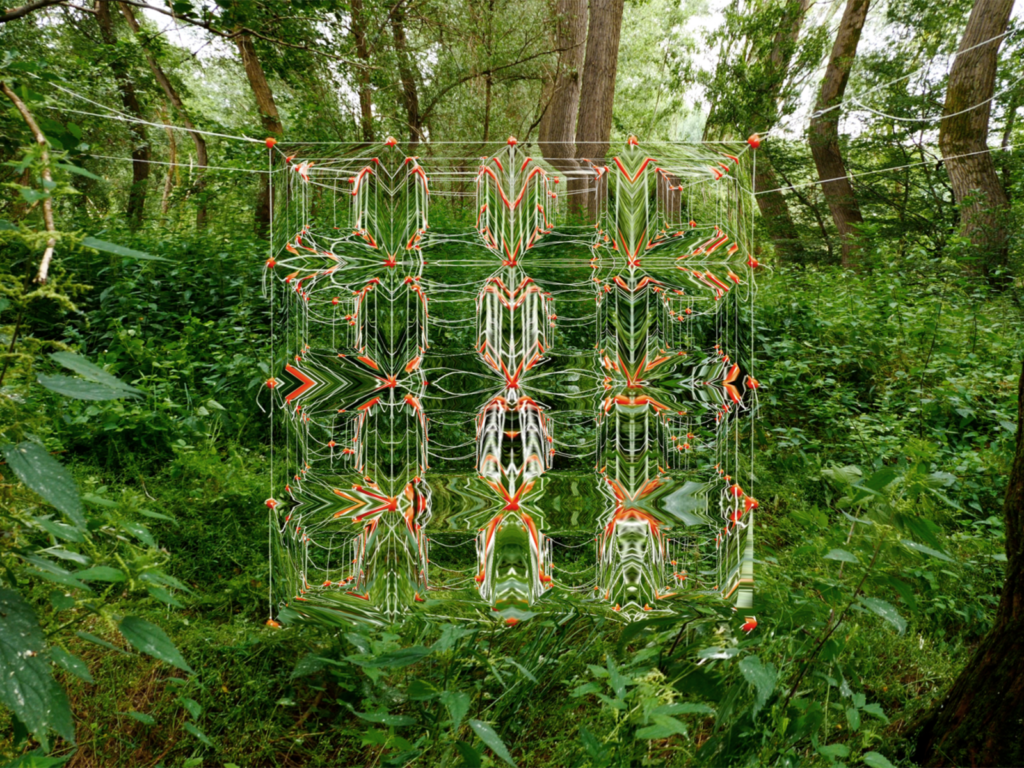 In his final BA thesis »Scalar Crevices: Reorientation at the Planetary Scale«, Tonda Budszus examines the ontological discrepancies preventing an effective politics of climate change mitigation. He conceived a tool to explore the possibilities of accessing the complex and ambiguous reality of the world within a planetary scale, challenging the entrenched perception of the planet through the lens of unilateral globalization.

»Scalar Crevices« is an experimental tool providing a glimpse into what it might mean to orient ourselves within a planetary scale. It stems from the hypothesis that gaining knowledge about the world fundamentally involves a reciprocal interrelation of human and non-human actors. In contrast to the unilateral globalized perspective it seeks to investigate means of generating multiple situated perspectives, which form a denser and more accurate image of the world.

The constructed grid represents a rigid Euclidean space—an abstract universalizable system. However, this grid becomes flexible through its materiality and dynamic through its interrelation within its surroundings. It cannot build tension on its own and has to be lifted and carried by nearby objects. These objects construct reference points and determine the tension, direction and proportions of the grid, whose shape and movement are specific depending on where it is positioned. An abstract conceptual object is becoming concrete by the agency of specific places.

Each intersection of the grid is equipped with a small orange ball to allow for the capturing of the grid’s dynamics and spatial deformation via video-recordings. Subsequently, these points serve to digitally trace the interrelated behavior of the construction. This enables reorganizing the intersection points to their original positions in a now digital euclidean space. Through this forceful intervention of re-abstracting the grid back into geometrical tension, the places captured by the camera appear distorted—the rigidity of the grid however is restored. This effectively generates consistency between different locations, enabling the possibility of synthesizing multiple situated perspectives to form a greater picture, while preserving their specificity.

The final outcome displays an ambiguous fluctuation between the abstract universal grid-system and the concrete manifold places, creating intermediary spaces between them—openings for further exploration of planetary scale interrelations. In its current state this work serves as an unconventional approach at accessing the world, rupturing the doxic, human-centered conceptualisation of the planet as a globe. It opens up scalar crevices, which reveal the yet diffuse realm of the planetary scale, engendering possibilities of reconceptualising human world relations.