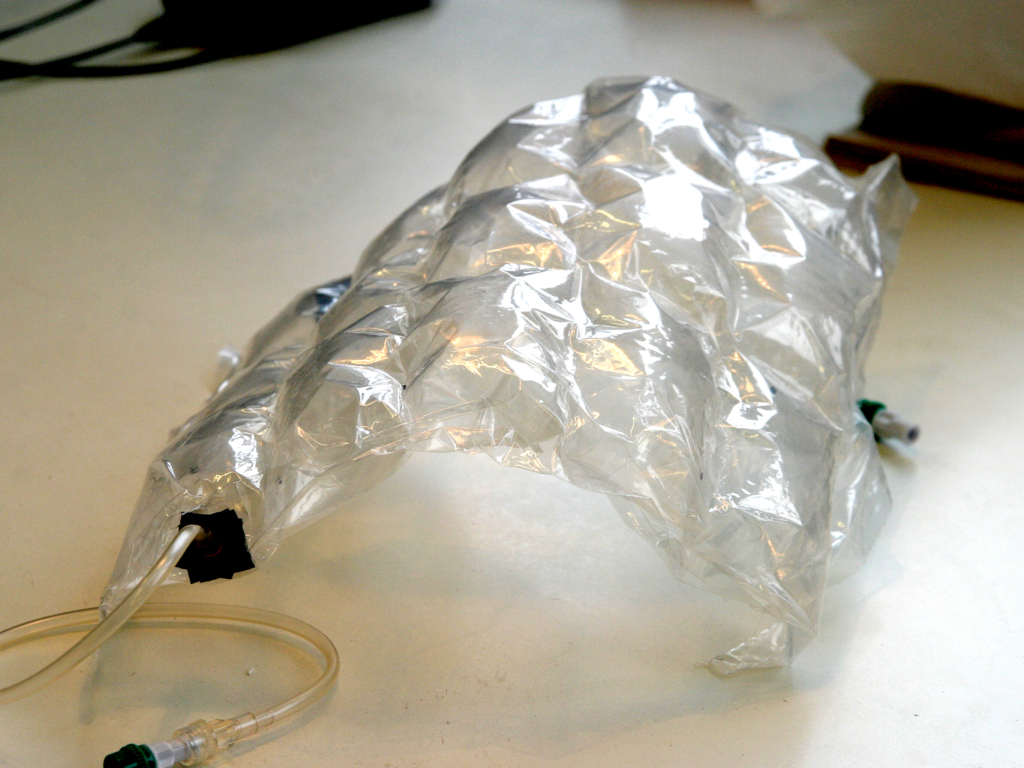 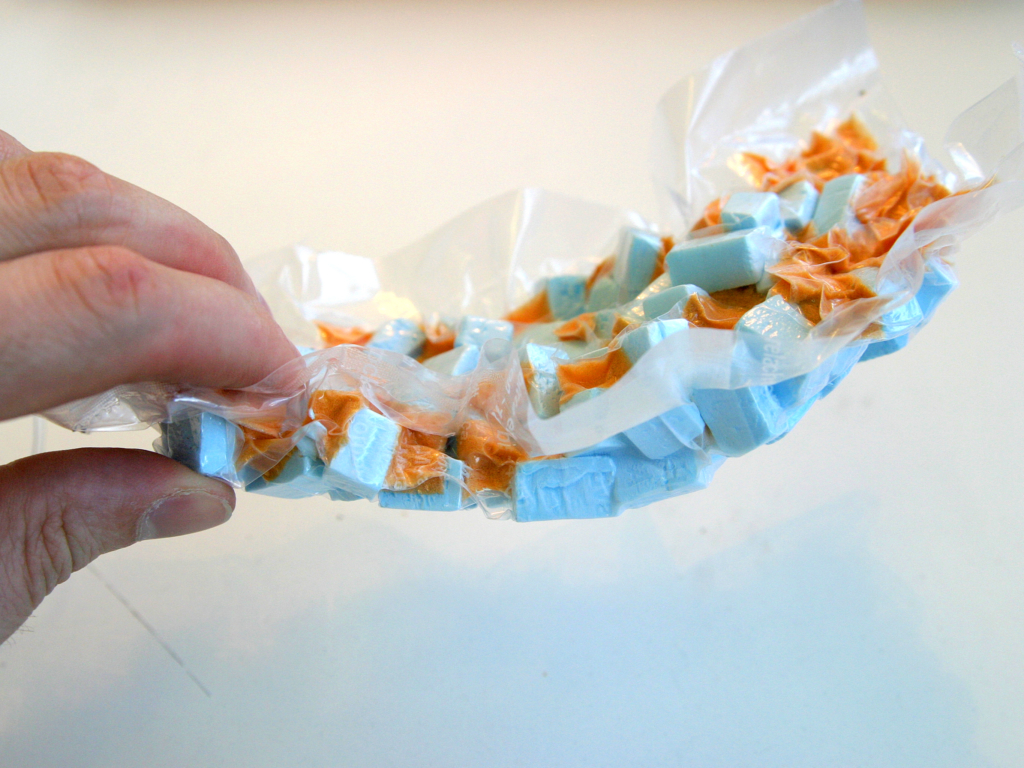 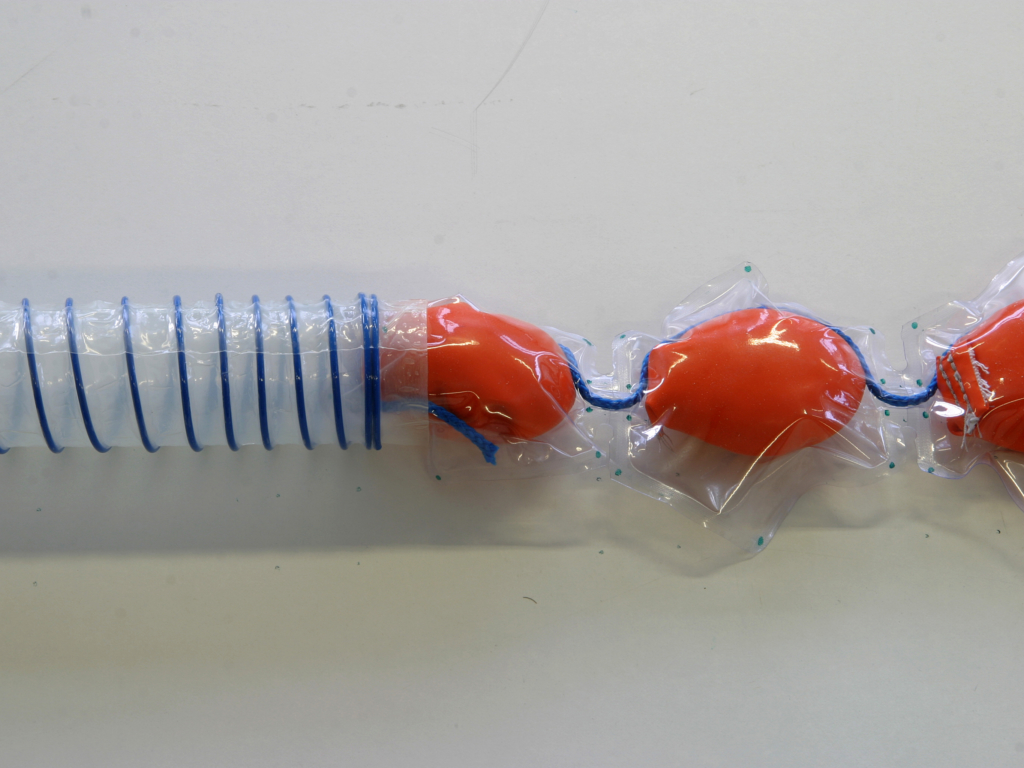 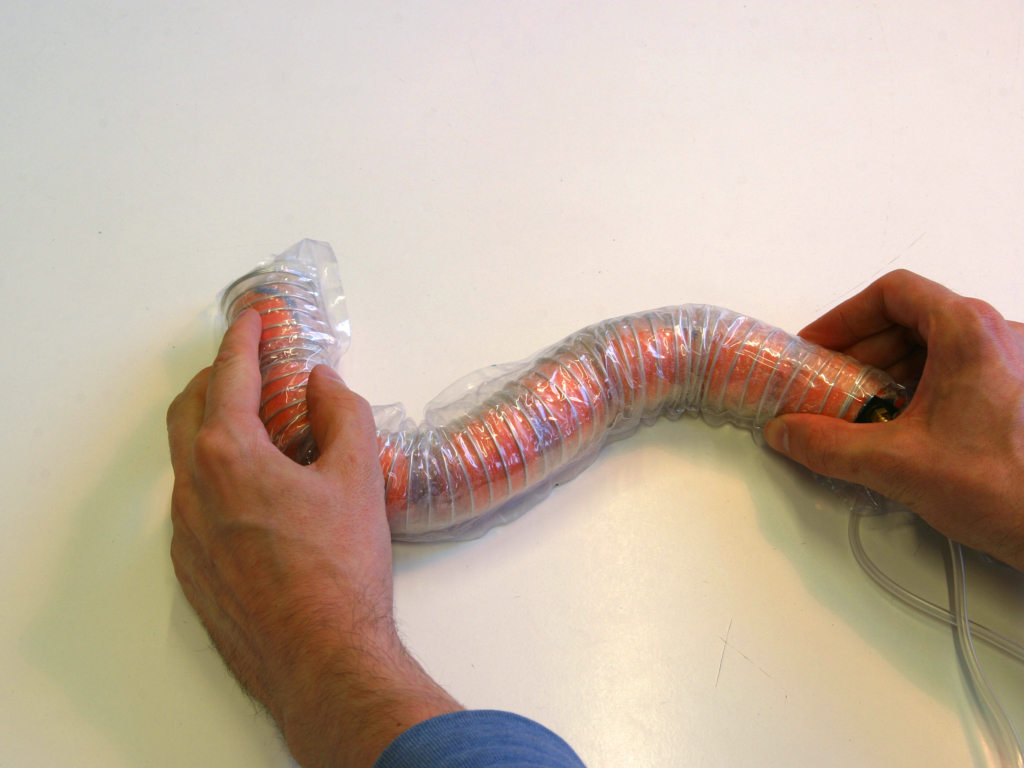 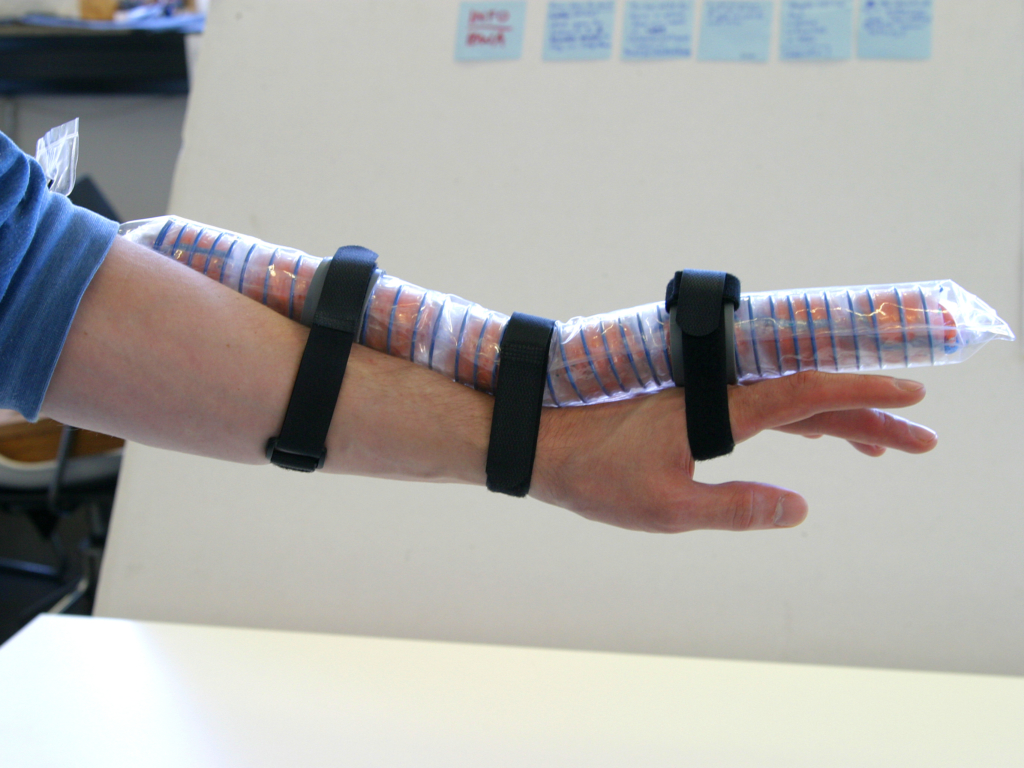 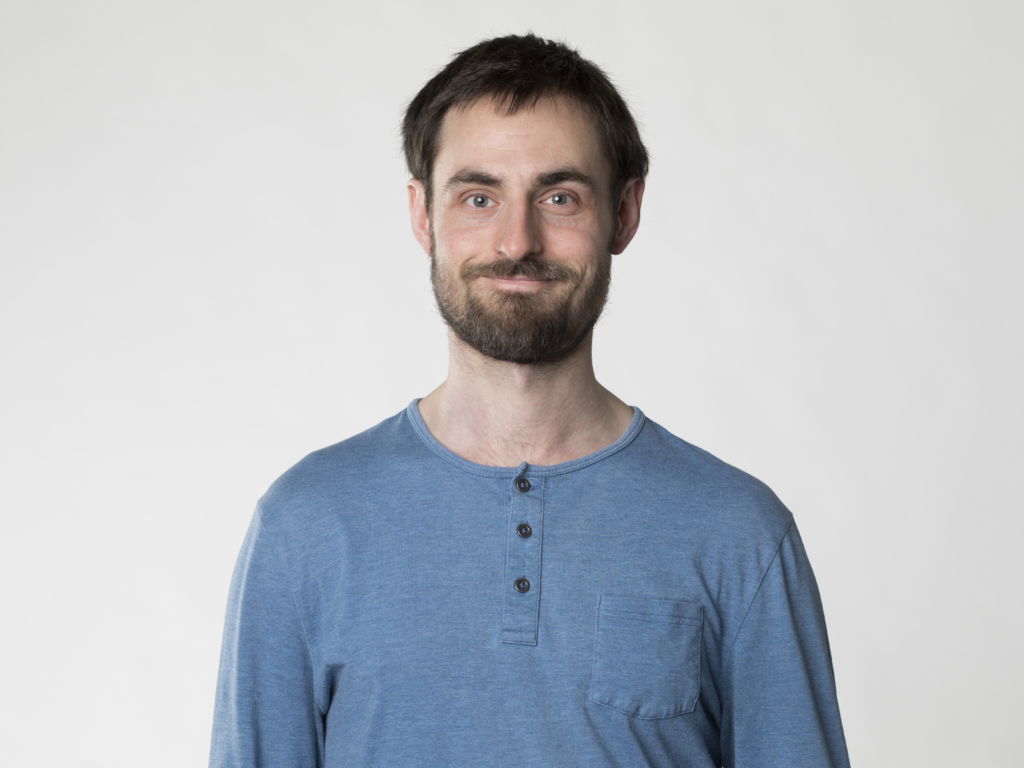 Meta-Granules is a novel material system which is able to “learn” and “remember” its own shape. The system is programmed once and can then alternate between its rest state and the previously learned shape. This shape can also be forgotten in order to learn new shapes.

As a first exemplary application, the Meta-Granular System is used as an exomuscle. It can be attached to arms, legs or other body areas and should then support muscle activity. This could be used in physiotherapy, where body motions have to be repeated over and over again. The desired motion is set once and can then be repeated by the exomuscle.

The Meta-Granular System is the final result in my search for learning behaviours in materials. The definition of learning – for this thesis – is closely linked to Donald Hebb´s theory on learning and the function of neurons in our brains. In short, the axons of one neuron connect to many dendrites of other neurons. The connections in between are called synapses. Electric impulses are delivered through these connections, which get stronger upon more frequent use and weaker if used less [1] (Stanley, J. and Bak, E., 1991). In a vast network of neurons, patterns of stronger and weaker connections emerge, which symbolise learned information. This definition was the starting point for a series of prototypes which led to the Meta-Granular System.

Jamming
Granular materials can be switched between a soft and a rigid state by applying vacuum. Therefore shapes can be stored for a defined time. This principle served as a material base for several prototypes during this research. Granular jamming occurs due to the self-organisation of particles if stress is applied. Force acting on one particle can cause the granules to re-orient and interlock in chains and networks and therefore behave as one solid object. The uniform stress in a vacuumised bag causes the granular material to solidify entirely [2] (Cates, M. E. et al., 1998).